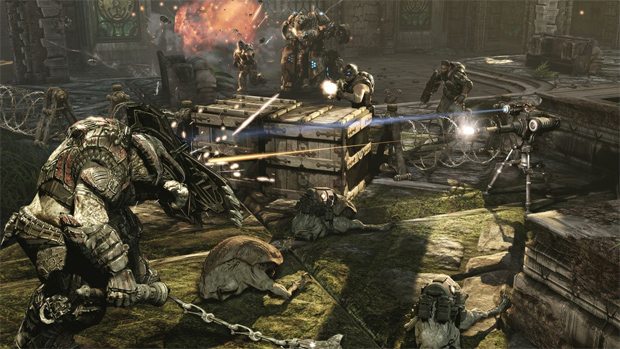 The Gears of War 3 beta is going to launch “sometime around April”. An executive of Epic Games, Mike Capps, told this in a recent interview with Gamespot.

“We’ve been saying Spring, but my guess is it will be sometime around April or so.  It’s going to be early enough so it really impacts Gears of War 3’s development, but we want to make sure everyone has the chance to play Bulletstorm before they jump right into the beta,” says Capps.

With many of the multiplayer stability issues that plauged Gears of War 2 at it’s launch, Capps stated that ” the opportunity to be really, really sure that our dedicated server infastructure is going to be operational on day one with Gears 3 was totally worth the time to make the beta.”

Epic has come out and spoken about getting it right this go round with Gears of War 3 on multiple occasions.  Perhaps this beta WILL do the trick.  There were quite a few unhappy campers with Gears of War 2 and the problems that it had at launch.  While they eventually ironed out the bugs, problems persisted for quite some time.

When your game is multiplayer-centric and the multiplayer features don’t work, that’s a problem for the person who just wasted $60 to play your game.  We look forward to April to take Gears of War 3 for a test drive.