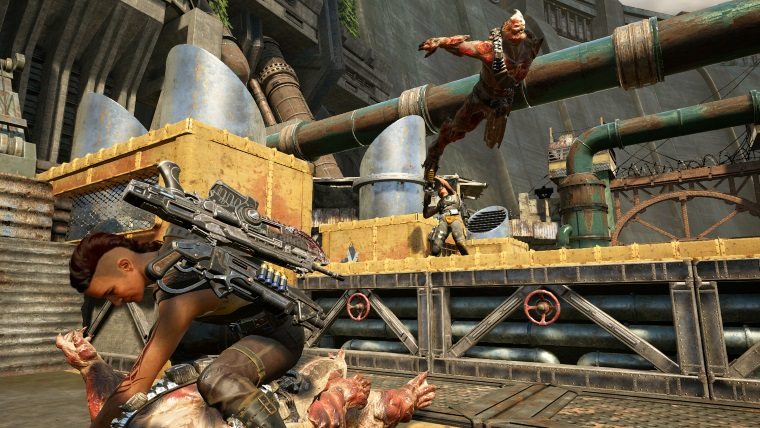 The Gears of War 4 multiplayer beta is already underway for those who have played Gears of War: Ultimate Edition, with the reception being very positive so far. However, for everyone else the beta doesn’t start until April 25th, and to get those players hyped a new trailer for it has been revealed.

The just-over 2-minute trailer shows off lots of gruesome gameplay, but most importantly it shows off new abilities like the vault kick and yank. New weapons and executions are also briefly shown, giving players all new ways to wipe the floor with their opponents.

The maps Dam, Foundation and Harbor are briefly highlighted, with the trailer noting that more will be available. Dodge ball, co-op versus and escalation will be joining the fan favorite modes of team deathmatch, king of the hill, guardian, warzone and execution.

The Gears of War 4 multiplayer beta will officially come to a close on May 1st, with an Xbox Live Gold account being required to take part in it. The full game will launch on October 11th exclusively for Xbox One.