The Version 2.0 beta hasn't been live for even a day, yet the leaks are already streaming in. Earlier today miHoYo revealed a handful of the new characters coming to Genshin Impact in Version 2.0, but the dataminers over at Project Celestia have leaked the rest, to include who will possibly be the first Geo bow-user in the game, Gorou. Despite miHoYo’s pleas, the datamining community have dug up all the latest information buried within the 2.0 beta branch.

It is important to note that all of this is very much a work-in-progress. What you’ll see and read in this article and elsewhere about the leaked Genshin Impact Version 2.0 characters can and likely will change. Take everything you read here with a massive grain of salt, despite Project Celestia having been on the money in the past.

The Version 2.0 characters leak swiftly followed miHoYo’s attempt to reveal a handful of new characters themselves, which was an admirable move considering they like to keep those cards close to their chest. It’s easier to lull players into spending money on pulls if they don’t know which characters are coming down the pipeline, since they’ll be less likely to hoard their Primogems. Despite this effort, however, the dataminers of Project Celestia decided to unleash all the information they dug up from the recently released closed beta branch on the Chinese servers. 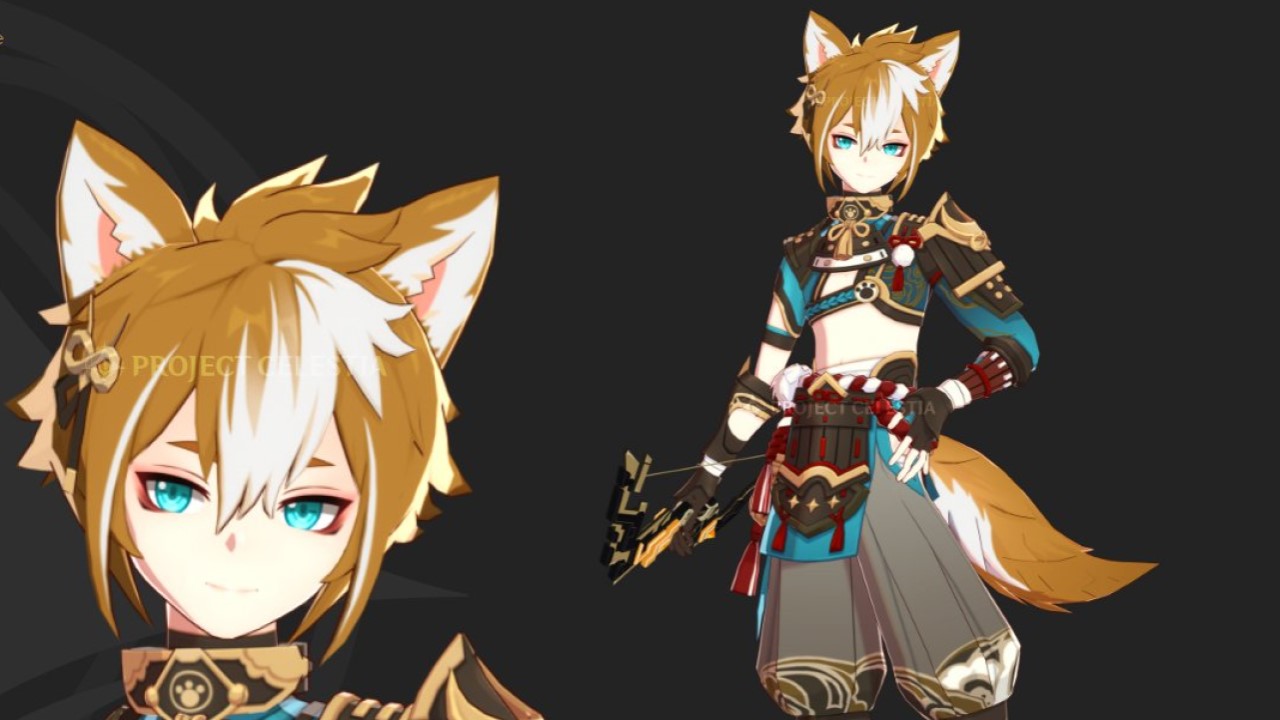 There’s a good number of leaked characters to mull over, to include renders, on Project Celestia’s official Twitter page. I recommend checking it out if you want all the details, but a specific character stood out to me. Gorou, a young lad with animal ears much like Sucrose’s, is slated to be a Geo character who uses a bow. If this hold true he’ll be the first playable character to utilize that combination. There were also a healthy number of Electro characters leaked in the Genshin Impact Version 2.0 datamine, which makes sense since Inazuma is ran by the Electro Archon herself.

We don’t normally dig too deep into leaks here at AOTF, but I couldn’t help but admire the timing between the leaks and miHoYo’s own Twitter announcements earlier today (which you can read about here). At this rate miHoYo would have to stop hosting closed beta tests for their Genshin Impact updates if they want to stop the leaks entirely, but I doubt they plan to ship major content updates untested. Suffice to say the battle between miHoYo and the dataminers continues.

We’ll keep our ears to the ground, since these Version 2.0 leaks are coming in hot, but for now remember to maintain a healthy level of skepticism. Genshin Impact is available now on PC, PlayStation 4, PlayStation 5, and Mobile.