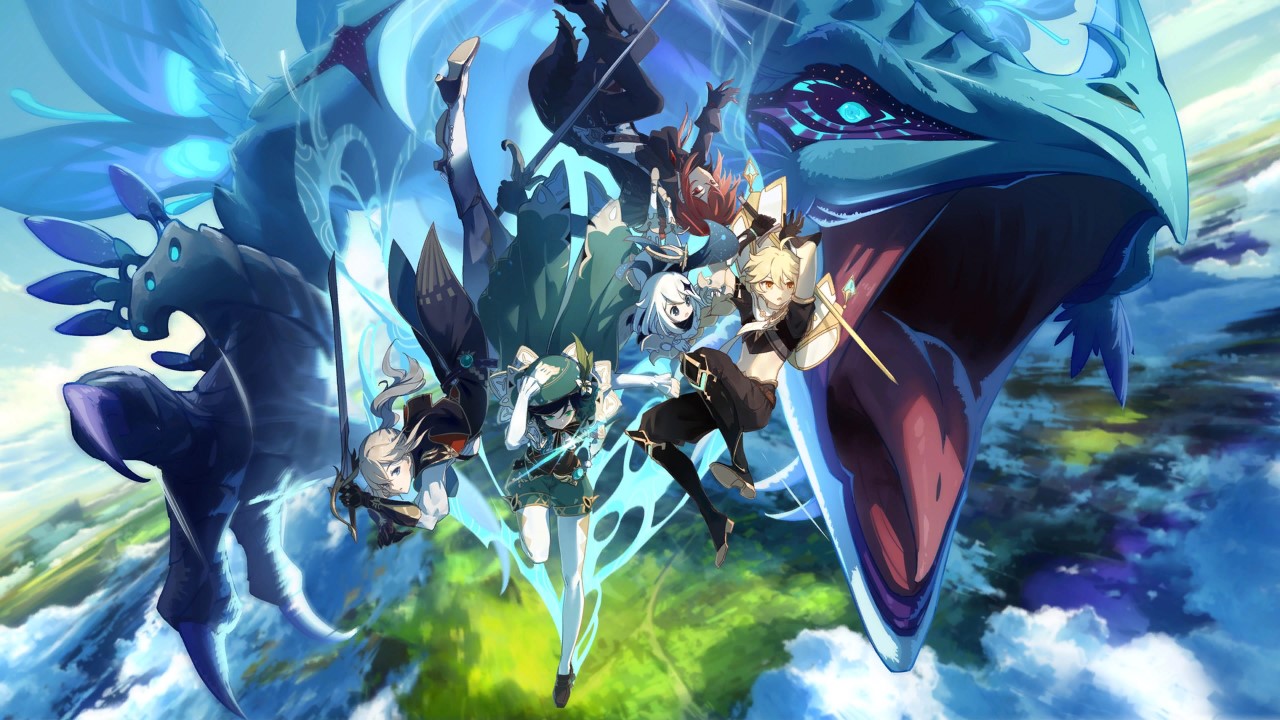 Genshin Impact may be a gacha at its core, yet it won’t have a rapid update schedule seeing as the much hyped Update 1.1 isn’t coming for another month. In a post shared with Chinese players earlier today, then “translated” over on the official Genshin Impact subreddit, miHoYo confirmed they will be following a six-week update cadence, and the much rumored Update 1.1 will in fact drop mid-November.

That’s certainly well after the previously speculated release date of October 12th. Rumors concerning the new zone seem to have also been quashed, because Genshin Impact won’t see a new area added until Update 1.2 on December 23rd (the Snow Mountain area; likely the mountains between Mondstadt and Liyue). Update 1.1 will probably contain bug fixes and adjustments, but anyone hoping for more content to dig into may have to temper their expectations.

This isn’t the news fans wanted to hear. Now that more and more players are running into Genshin Impact’s late-game Resin wall, there was hope that maybe, just maybe, miHoYo had a substantial update in the wings that would bring everything together. But, no, it appears we’re all stuck with the current crappy Resin grind for another month, unless miHoYo decides to deviate and drop an update before November 11th.

My worries concerning Genshin Impact’s longevity, expressed recently in my review, seem to be justified. The gacha elements of Genshin Impact are too strict and clearly driven by stubborn avarice. Players are effectively limited to an hour of productive play a day, lest they spend actual cash to resupply their Resin (and even that has limits). This wouldn’t be much of an issue if Genshin Impact were the usual auto-battler mobile gacha game, but it’s not. If miHoYo were to make Resin more generous, or removed it entirely, then a six-week update cadence wouldn’t be much of an issue. I sincerely doubt they’ll adjust Resin at all before Update 1.1, however.

There’s so damn much to grind in the game that the arbitrary Resin wall does more harm than good, and I fear the month delay between now and the next update will only serve to push the majority of mainstream gamers the game attracted at launch away. There are too many high-profile games on the immediate horizon, and a new console generation to boot. Time will tell how much staying power Genshin Impact has, but something tells me miHoYo’s greed is about to bite them hard in the ass. You can read the full response below. Keep in mind it was translated using Google, so there will be some grammatical issues.

Hello, dear travelers. Some time ago, we received many questions from travelers, why there are no in-game activities in Double Festival. Here, we would like to sincerely explain the reason for this matter with you, and also take this opportunity to synchronize the follow-up version plan with you.

Considering that a large number of travelers arrived on the 28th, the experience of travelers at different schedules is quite different, so we did not have any preparation activities in the initial stage of the launch of all platforms.

Under such circumstances, we finally did not arrange corresponding festivals for the double festivals around October 1, which caused everyone’s disappointment. Let me say sorry to the travelers.

Some travelers also asked why not open the Lantern Rite Festival during Mid-Autumn Festival.

In order to provide travelers with richer game content, we have been trying various optimization solutions, and the development of multiple versions is also in progress to ensure the stable update of the game version and the continuous change of content. In subsequent versions, we will combine the different seasons and cultural backgrounds of each region in the game, as well as everyone’s habits and holidays to design. Later, there will be unique festivals in each region such as Mond and Liyue (such as Mond Meet everyone at the Fenghua Festival, Badminton Festival, etc.; Liyue’s Sea Lantern Festival, Moonlight Festival, etc.).

At present, the content of the subsequent version is under stable development. The production team will work hard to ensure that the version is updated every 6 weeks. The major version update will generally be on Wednesday (the specific update rhythm and update node are subject to actual conditions). Each subsequent major version update will be followed by a version theme activity.

Version 1.1 – It is expected to be updated on November 11. During this version, the “Unreturned Star Off” event will be opened;

Version 1.2 – It is expected to be updated on December 23. During this version, the Dragonspine Snow Mountain area and related version activities will be opened;

Version 1.3 – It is expected to be updated in February next year. During this version, the “Lantern Rite Festival” series of activities will be launched.

Finally, we would like to express our sincere thanks to all travelers for their enthusiasm and expectations. We have been paying attention to everyone’s opinions and feedback in the community. Whether it is criticism or spurring, we all accept it with humility. When dealing with problems, we will definitely analyze and solve them seriously. We did not give you a detailed explanation at the first time, which caused trouble to everyone. We also sincerely apologize for this. Thank you to everyone who has accompanied us all the way and for your tolerance. Thank you for your continued attention. We will turn this companionship and emotion into a driving force for progress, and step by step, make the trip to Tivat closer to everyone’s dream.