Get exclusive Mass Effect 3 content in Kingdoms of Amalur Demo 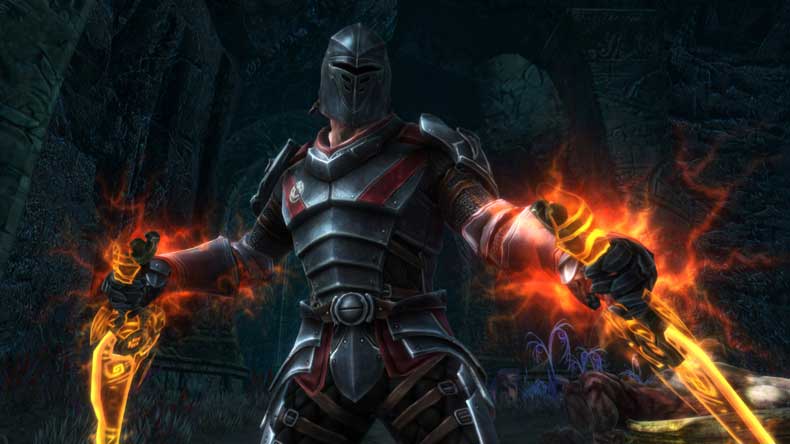 EA is getting set to unleash a demo for Kingdoms of Amalur: Reckoning on January 17th.  The demo will go live on the Xbox 360 and PlayStation 3, and when it does, players will have the opportunity to earn in-game items that range from a Mass Effect 3 Omni Blade, to a set of Reckoning themed armor.

The cross promotion will also have players able to earn Mass Effect goodies for their characters in Kingdoms of Amalur: Reckoning by playing the upcoming Mass Effect 3 demo.

First up is the Kingdoms of Amalur demo.  By playing, players will be able to pick up two unlocks designed by Spawn creator, Todd McFarlane.

The Chakram Launcher: This weapon uses a fabricator to manufacture lightweight, explosive ammunition discs.  This weapon is earned after completing the Reckoning demo and watching the trailer at the end.

Twist of Fate Card: This card boosts the player’s ice resistance and is immediately unlocked when he or she activates the Reckoning demo using his or her Origin account.

Omniblade Daggers: A holographic blade stemming from Commander Shepard’s Omni tool, the Omni-blade allows players to stab enemies in close combat.  Once players install and play the Mass Effect 3 demo, they will unlock the daggers.