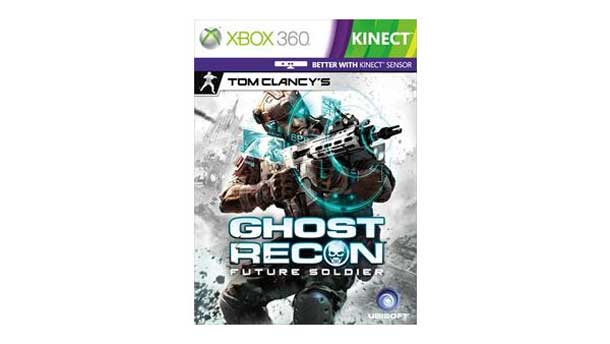 Ghost Recon: Future Soldier will feature Kinect support.  This is according to new box art that was recently posted to the game’s official page over on the Xbox 360 website, which has since been removed.  The box art revealed the Kinect branding, as well as the labeling “Better with Kinect Sensor” on the box.  It’s been quite some time since we’ve heard anything about the game, which had quite a coming out party at E3 last year.

The game has had numerous delays as well, is it possible that Ubisoft scrapped some of the early work on the title to make Ghost Recon: Future Soldier a Kinect ready experience?  It’s possible, Ghost Recon is definitely a franchise which hits home with many core gamers on the Xbox 360.  Before Call of Duty: Modern Warfare, Ubisoft shooters like Ghost Recon and Rainbow Six were the king of the hill when it came to military shooters on the Xbox and Xbox 360.

A thread which originated over on NeoGaf claims that the Kinect camera will be used to control your squadmates, by performing hand gestures that the camera will translate into commands for your team.  If that turns out to be the case, that would be a great use of the technology.