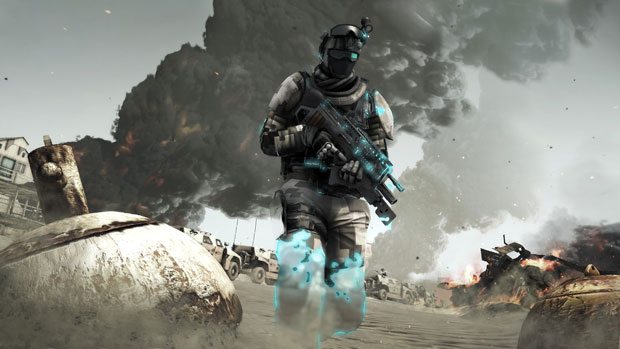 Ghost Recon: Future Soldier will release on March 6th, 2012.  After multiple delays and some hit and run marketing for the title, it appears that Ubisoft has finally committed to releasing the next rendition of the Ghost Recon franchise.  The shooter which ruled the roost in a pre-COD gaming market, hasn’t seen a release since 2006 when Ghost Recon: Advanced Warfighter 2 was released.

The game which had recently been listed on multiple retail sites has been confirmed by Ubisoft for March, but as promised, Splinter Cell: Conviction buyers will get a chance to play the multiplayer beta in advance of the release.  The beta which is tentatively scheduled for January should be something for fans to look forward to.

I got to play the multiplayer at E3 earlier this year, it felt eerily familiar to previous GR games.  You can catch our preview of the game here.