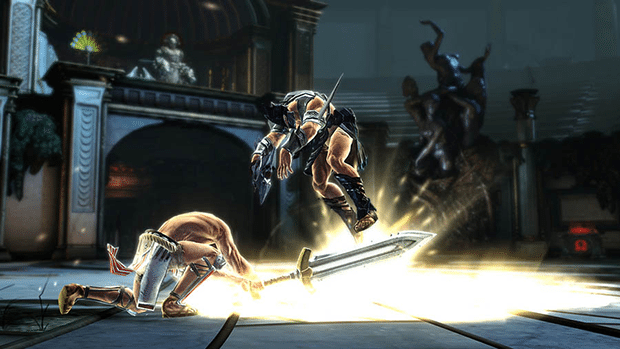 PlayStation Plus members will get a chance to go hands on with the God of War: Ascension beta in early January, according to a recent announcement from Sony.  The multiplayer beta will include two game modes and two map variations.

The Team Favor of the Gods mode will once again be a focal point for the God of War team.  Earlier this year at E3 2012, this was the mode that was initially shown to attendees of the show.  Teams duke out to control strategic locations on a map, while earning favor points for killing the other team.  The beta will also have a standard Favor of the Gods mode, where players fight over the same objectives, without the support of a team.

The beta will also feature a smaller and larger map variety, two characters to choose from, and a tutorial to get your God of War Ascension skills up to par.