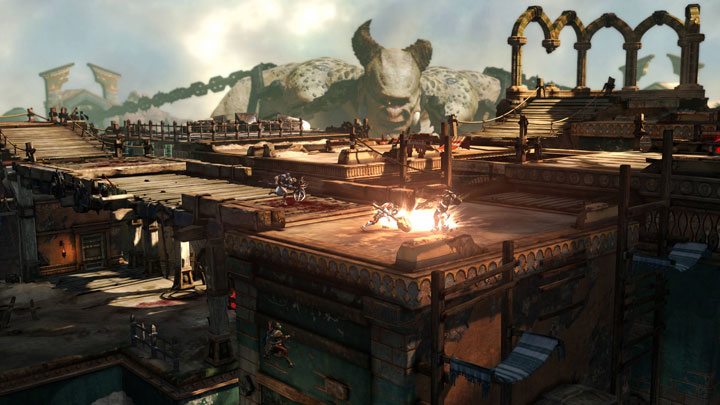 “We’ve done titans, we’ve done Pegasus, we’ve done basically anything and everything to do with Greek mythology.  For us, this time it’s how do we put ourselves into the champion of the gods.  For us, we’re making sure that we’re changing alot of underlying factors to make sure that the game feels fresh and new,” said Papy in a recent SCEA developer interview which you can find in full below. “From a creative standpoint we want to try new things.  We want to make sure that the fans get a new experience. We kept our team, and all of that knowledge that went into making God of War III carries into this one.”

One of those big changes is multiplayer, which was built from the ground up, and will be a first time inclusion for the franchise.  Video and screenshots for God of War: Ascension multiplayer can be found here.

God of War single player doesn’t translate very well into God of War multiplayer.  So from there, it’s figuring it out.  Ok, God of War’s essence is facing this way. Well, let’s make multiplayer face this way,” Papy said about the multiplayer functionality.

From the first impressions of God of War: Ascension the multiplayer looks promising.  Not many hack-and-slash titles do multiplayer, and it’ll be interesting to see how long time fans of the franchise will receive the new features.