GOG.com Opens Up for Indie Games 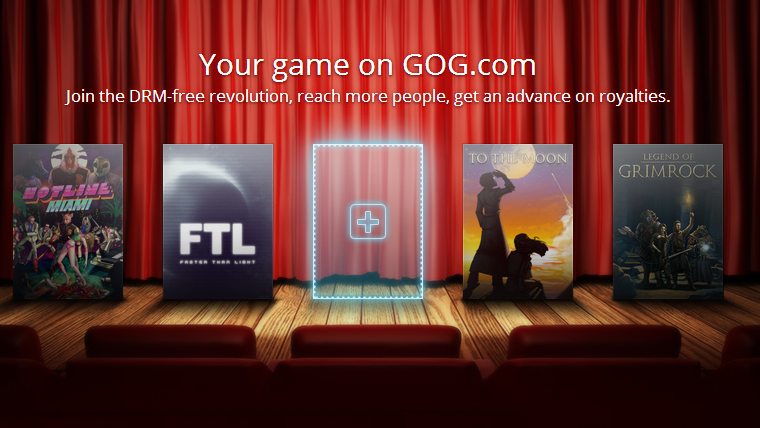 Good Old Games (GOG.com) have formalized their submission process for indie games and opened it up to the public in a similar fashion to Valve’s Greenlight program.

GOG.com already carries a large amount of indie games including popular titles like Hotline Miami and Torchlight. This new update demystifies the submission process for indies and lays out in no uncertain terms what developers can expect from the DRM-free game portal.

While Valve do not discuss their revenue split publicly, GOG.com are instead putting their terms out in public hoping to attract developers to the service. 70/30 royalty splits or even advance royalties are on offer with the publisher promising to give your game a “chance to shine” in promotional campaigns on social media as well as touting their feedback and communication policies.

The developer packed video below showcases GOG.com’s commitment to courting indies with a number of testimonials from developers with games already for sale on the portal such as Kan Gao, creater of To The Moon.

While initially quite popular and greeted with much fanfare, Valve’s Greenlight service for indies has been lampooned by a number of developers who have made public statements decrying the service and their treatment by the digital publishing giant Valve.

Mike Maulbeck, developer of Paranautical Activity stated that Valve “Didn’t want to send the message that indies can seek out publishers to bypass steam Greenlight,” and was subsequently unable to publish his game on Steam even after finding a publisher.

Are you excited to see more indie games on GOG.com? Do you think Greenlight needs to be overhauled? Let us know in the comments below.