The latest news in the world of video games at Attack of the Fanboy
December 21st, 2016 by Mike Guarino 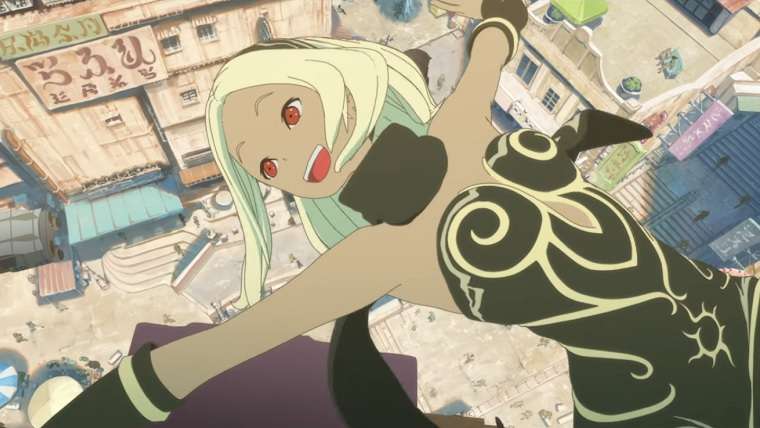 The wait for Gravity Rush 2 won’t be much longer, as the game will finally release in the middle of next month. You won’t have to wait that long to try the game out for yourself, however, as Project Siren and SCE Japan Studio have announced a demo is coming to the PlayStation Store tomorrow.

The interesting thing about the demo is that there will apparently be two paths for getting through it, according to a post on the PlayStation Blog. One path is designed for those who are new to the series, whereas the other one is more suited to those familiar with how everything works from playing the first game. They did not reveal how long the demo would be, though they will be sharing more information regarding the full game at the beginning of next year.

The release of the demo will be followed shortly afterwards by Gravity Rush The Animation: Overture, which is an original production by anime studio Studio Khara. This production aims to bridge the gap between the first and second games, and you can check out a teaser for it at the bottom of this post. It will be available to watch on YouTube on December 26th at 8:00 AM PST.

Gravity Rush 2 was originally set to launch late this year, but it ended up getting pushed back to January 2017. As for the reason for the delay, Sony said that “Gravity Rush 2 is the conclusion of Kat’s journey, so we want players to have enough time to dive deep into her story. In addition, as a lot of work went into online features that allow for asynchronous player interaction, we want as many people as possible playing the title at the same time.”

Gravity Rush 2 will launch exclusively for PlayStation 4 on January 20th, 2017. Be sure to check out a teaser for Gravity Rush The Animation: Overture below.