GTA V, Bioshock Infinite and others could boost games industry in 2013 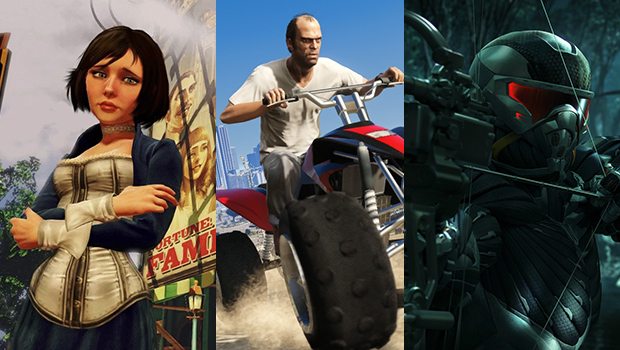 Video games software and hardware sales have been dropping for months, according to NPD reports. With December’s numbers due out later this week, Michael Pachter has issued his preview for the data, and it’s going to be another year-over-year decline. The major culprits: Black Ops II, The Wii U, and Halo 4.

The analyst sees a 20 percent year over year decline in Call of Duty sales with Treyarch’s Black Ops II, and believes that it’s due to “continuing gamer fatigue.” Pachter doesn’t only point at Black Ops II as the reason for a weak holiday, he also sees Halo 4 as a disappointment, as it failed to reach the high expectations that Microsoft had for it. Pachter also called the Wii U’s launch “underwhelming” and the console’s weak software attachment rate is a contributor to the yearly decline.

The Wedbush analyst does have a brighter outlook for 2013 however. He thinks that titles like GTA V, Bioshock Infinite, and Dead Space 3 will bolster sales in the first half of the year. 2013 is front-loaded for sure, with many other AAA games set to arrive ahead of E3. Sony’s got a trio of exclusives set to arrive with The Last of Us, God of War Ascension, and Sly Cooper. EA is releasing Crysis 3 alongside Dead Space, and Ubisoft will likely release the next Splinter Cell game somewhere in there as well. Looking into the back-half of the year, things become more cloudy as Pachter starts to look at next-generation hardware as a potential catalyst for sales increases, and believes that new hardware would remedy this “gamer fatigue” that seems to be weighing the industry down at the moment.