The latest news in the world of video games at Attack of the Fanboy
July 1st, 2015 by Damian Seeto 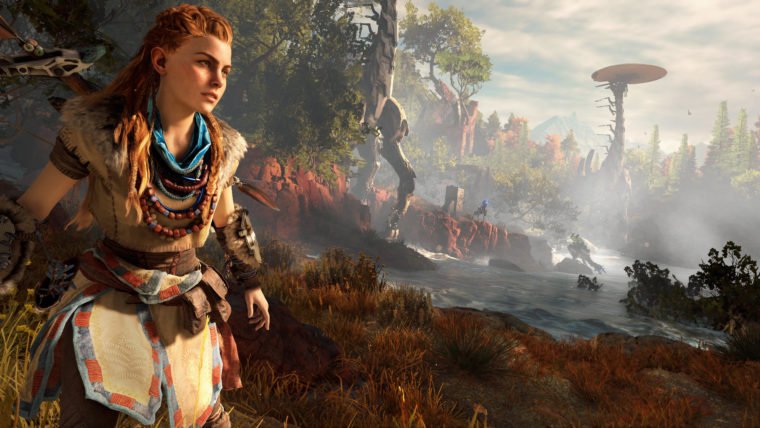 Guerrilla Games is proud of the performance of Horizon Zero Dawn on PS4 so far.

Jonge said “for now we’re happy with 1080p/30fps and the vast amount of content we’re squeezing in“. He even promised in another tweet that the team will make sure the game never dips below 30fps.

Jonge stated in an earlier tweet that they are focusing only on the single player in Horizon Zero Dawn. There is no indication that the game will have a multiplayer mode yet. Judging from the gameplay we saw at E3 2015, it doesn’t look like a multiplayer mode will fit appropriately.

Horizon Zero Dawn was one of the standout games shown at E3 2015. Guerrilla Games is usually known for developing the Killzone series of games. It was a breath of fresh air to see them diversify and make something from a different genre.

Guerrilla Games is sure to share more details about Horizon Zero Dawn later this year. The game has no release date yet, but it is expected to come out sometime on the PS4 in 2016.