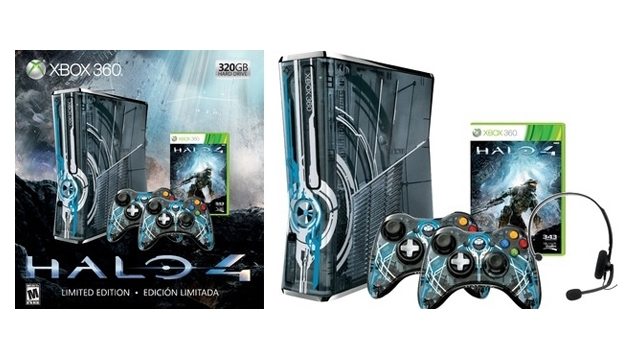 On Sunday, reports surfaced that Halo 4 would be getting its own limited edition Xbox 360 console. While the news itself was worthy of jubilation, the design of the system itself left a lot to be desired. Thankfully, IGN has outed the actual bundle and design. No, Master Chief is no longer staring at you from the disc tray.

The Halo 4 console bundle will feature a 320 GB Xbox 360 with a custom-designed, sleek gray/light blue UNSC finish. The console itself will emote custom sounds (yet to be detailed) when it is turned on or off or when the disc tray is opened.

In addition to a copy of Halo 4, the bundle also includes two custom controllers, each designed in correlation with the system and feature blue LED lights. A black Xbox 360 headset will also be included. Fans that drop the cash for the LE console will get exclusive Halo 4 DLC including an armor skin, weapon skin, emblem, matching avatar armor and an avatar prop.

As soon as the listing was spotted, Microsoft removed it. However, it was noted that the Halo 4 console bundle was priced at $399.99 and was said to be available at Microsoft’s online store before the page was taken down.