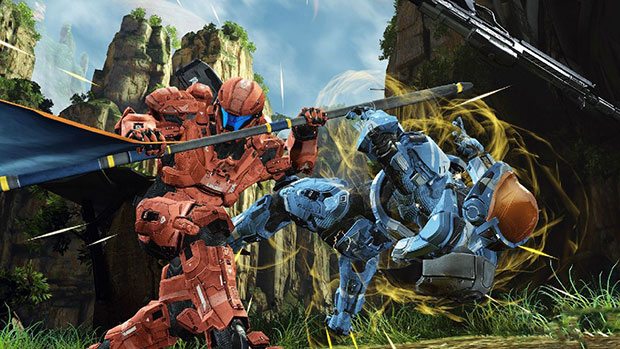 343 Industries is going big with Halo 4 in a lot interesting new ways. Their War Games and Spartan Ops Modes will complement the traditional multiplayer experience and single player offering in a package that the developer believes is more robust than anything else coming out this year, and that includes Call of Duty: Black Ops 2.

In a recent issue of Xbox 360 Magazine, 343 Industries talks about the progression system for the shooter, and the deep customizations that the team has made to make it their own. When asked about the comparisons to Call of Duty, here’s what they had to say:

“There are definitely similarities between the games and we do reward players for in-game progression, but Call of Duty wasn’t the first game to do that and we have made it our own. We started early by saying it’s different because it’s Halo and we need to make a real distinction for ourselves, but I think you’ll find that with the Infinity War Games system. The way it rewards you, it’s not just five kills in a row; it’s so much deeper than that. It’s ‘How did I help my team-mate?’ or ‘How many points did I get recently?’. Even ‘Did I save the flag carrier?”

The Halo franchise has never been known for it’s progression system in the past. A rather straight forward leveling mechanic and limited customization prior to the Reach release were traded in for the compelling game play. It looks Halo fans are going to get the best of both worlds when Halo 4 releases in early November.