Halo 4 mission count has no bearing on the length of the game, says 343i 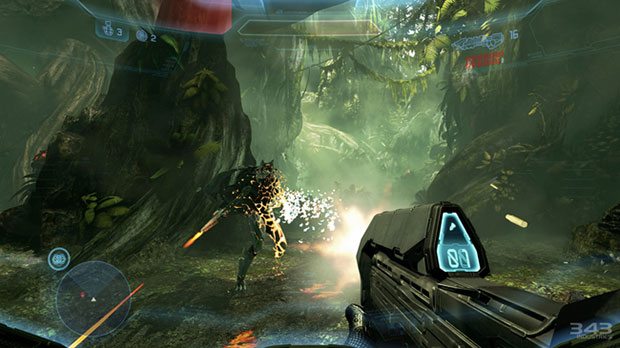 Halo 4 will introduce a brand new way to experience the Halo universe with the introduction of Spartan Ops mode.  Spartan Ops will allow players to complete episodic content story themed missions that play out parallel to the game’s single player campaign.  According to Frank O’ Connor the studio head of 343 Industries, one season is Spartan Ops is longer than Halo: ODST.

Members of the popular gaming forum know O’Connor frequents the site under the alias of “Stinkles”.   When the achivement list for Halo 4 was revealed, some fans questioned the length of the game which was revealed to only have eight missions compared to fifteen in Halo 3.  At that point,  O’Connor explained that the Spartan Ops mode houses a significant amount of additional content outside of the main storyline.  So much, that one season is larger than previous Halo campaigns in their entirety.

“One Spartan Ops season is longer than Halo 3: ODST,” said O’Connor.   Though he didn’t point directly to Spartan Ops as picking up the slack for the short campaign.  In fact, O’Connor doesn’t believe that the number of missions in Halo 4 has anything to do with the game’s length at all.  “It’s a Halo sized campaign. PLUS Spartan Ops,” says the developer.

Halo 4 releases on the Xbox 360 in early November.

Home / Game News / Halo 4 mission count has no bearing on the length of the game, says 343i