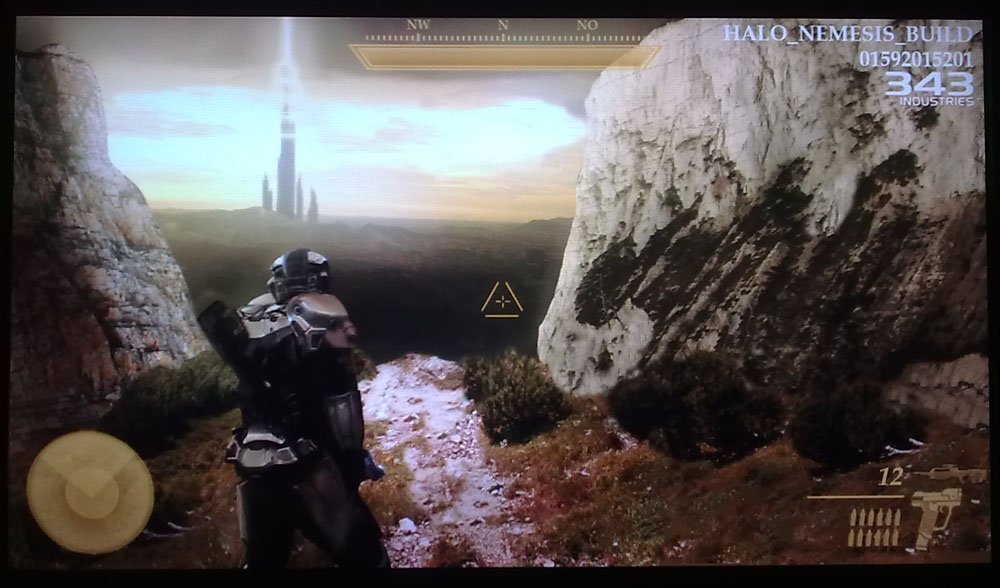 Could this be the first glimpse of the next Halo title which is in the works at 343 industries?  While it’s exciting to think that it could be, one thing is definitely missing, and it’s Tom Morello’s signature all over the image.

And of course the fact that the radar in the bottom left looks a little suspect.  As well as the deviation from the traditional font’s, but hey, it could be a very rough build.  The important part is that it’s coming.  Sooner or later, 343 will release a Halo game and recent time tables of the franchise put that at around two years away.

Update:  It was rumored today by CVG, that 343 will be working on a Halo: Combat Evolved HD Remake.  Which makes alot of sense because if ODST proved anything, it proved that fans of the series will pay for something they already bought, and full price at that.

Whether this image turns out to be the real deal or something that’s been fabricated in Photoshop, there IS more Halo coming.  Bungie is apparently done with the Halo franchise and 343 Industries will carry the torch going forward.  Noone knows how this will turn out, but Bungie was a beloved developer for the series that took amazing care of the game in terms of updating and balancing the shooter.

Microsoft’s in-house studio will need to do an incredible job to carry on that legacy.