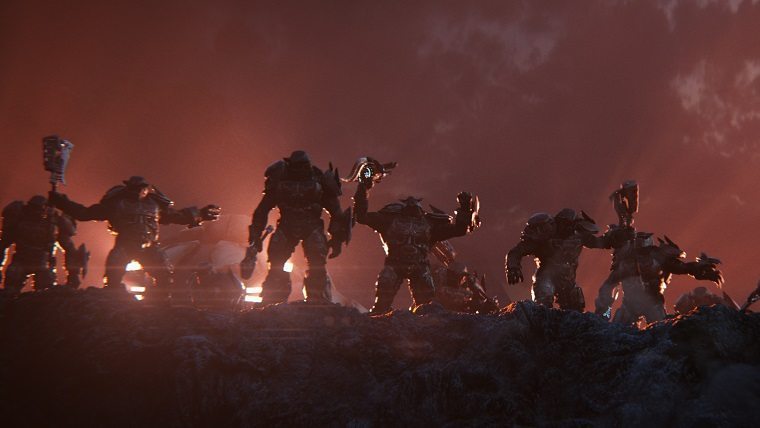 343 Industries and Creative Assembly have released a new video where they discuss the multiplayer modes of Halo Wars 2, discussing old favorites while also hyping what is new. The game will feature the expected modes like Deathmatch and Dominion, but it will also include a brand new mode called Blitz that takes things in a new direction.

Blitz is described as a mode where tactical combat meets card-based strategy where you choose a leader and a deck of cards, and then deploy them in battle. The cards can be earned by playing through the campaign, and also by completing daily challenges.

“What we wanted to do is make this a non-intimidating mode. It was important that if a player wanted just one deck to pick their favorite units, that should be a viable strategy. We didn’t want to start where, ‘For this map I’ll need this deck, and for this mode I’ll have to have this one.’ A lot of the depth comes into the deck building, so we didn’t want to overwhelm people by having too many other variables.”

Halo Wars 2 will launch for Xbox One and PC on February 21st, 2017. Check out the new multiplayer video below.