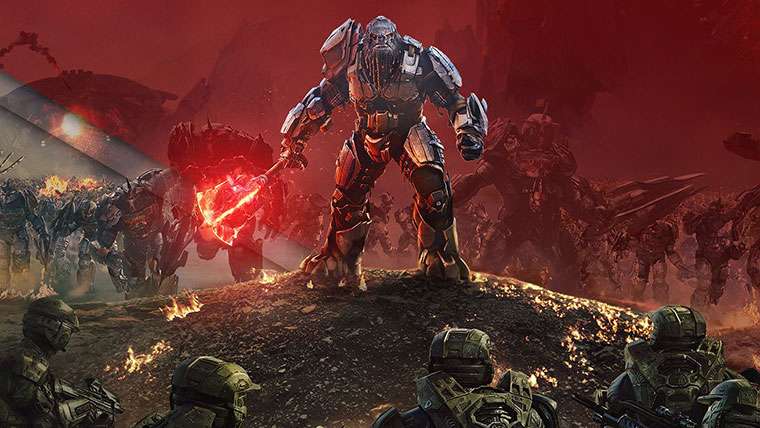 A brand new major Halo Wars 2 update is rolling out now on Xbox One, though PC players will have to wait a bit longer for it to arrive. Described as a “major patch” by 343 Industries, this Halo Wars 2 update has a ton of performance enhancements and stability improvements listed in its long patch notes. This update clocks in at a massive 9.9GB, so hope you have some spare hard drive space ready. Check out the patch notes right here, but we’ll give the highlights below.

The big thing for this Halo Wars 2 update seems to be stability, with a number of crash fixes and performance patches included. Here are just a few: Fixed an issue where players could get stuck on the loading screen. Fixed an issue that caused some PC players to see a black screen on startup. Several “desync” fixes, one of which covered most of the tracked occurrences. Fixed a variety of PC crashes that were hardware-dependent.

There were also some patches made to the gameplay of Halo Wars 2, such as “Fixed issue with ‘Detect’ on some starting units not working properly. Fixed an issue with getting the Palmer’s Pure Gold Achievement. Fixed some bugs with Kodiaks in Campaign. Fixed a bug with garrisoned Snipers not getting additional stats.”

But 343 is going deeper than just bugs and problems in the gameplay. The section is called “Metagame” and it details some under the hood changes that impact the overall experience of the game. “Fixed a bug where parties were always assigned to Team 1. Fixed a rare issue with users not actually getting to play the leader they selected in Blitz. “Halt” cinematic should no longer be unlocked early in theater. Fixed some daily/weekly challenge issues where they were not tracked in some playlists.”

That’s just the start of this huge Halo Wars 2 update though, check out the full patch notes linked above for the whole story.