The latest news in the world of video games at Attack of the Fanboy
August 15th, 2014 by Danny Vittore 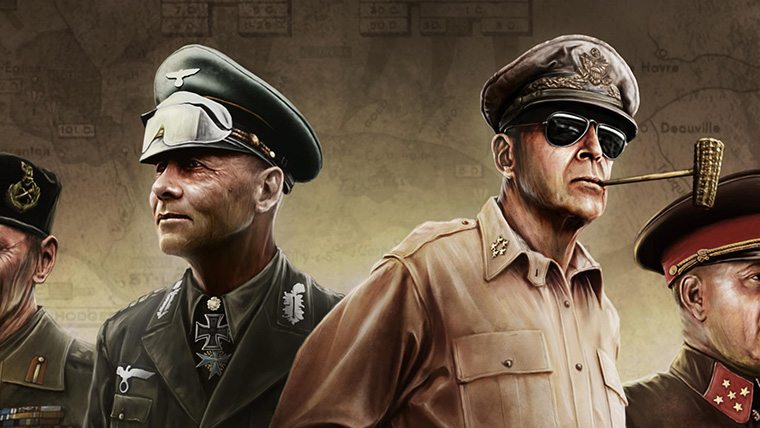 Paradox Interactive has been really busy so far in Gamescom 2014, but that hasn’t stopped them from showcasing one of their most anticipated games: Hearts of Iron IV. For those of you who aren’t familiar with the Hearts of Iron series, it’s the most popular grand strategy series set in World War II. The series was never well known for its graphical interface and visuals, but instead makes up for the lack of pretty lights with mind-boggling complexity and intense focus on making sure every little detail is historically accurate.

That is, “historically accurate” until you bring your historically inaccurate self into the game and start conquering the globe as Norway. Or Nepal. Or any nation that existed (or could exist) during the 30s and 40s. Hearts of Iron is literally a series of games where the world is your sandbox and World War II is your show. Hearts of Iron IV doesn’t look to be bucking that trend any time soon.

Don’t be fooled by its Total War looking grand map visuals, this is no dreary turn-based military strategy game. This is a real time grand strategy game, everything unfolds before your very eyes and if you don’t have good control over the ‘pause’ button, things will quickly get out of hand for you. And out of hand things definitely will get. If Hearts of Iron IV is anything like its predecessors, not only will you be in charge of the military of your nation (land, sea and air), but also the economy, industrial production, the research laboratories, diplomacy, espionage, trade and placating the masses, among many other things.

It suffices to say, that if you’re after a casual strategy game that requires little input from the player, if past entries are indicative of what Hearts of Iron IV will be like, you better stray clear. This is a serious strategy game with depth and complexity that rivals Europa Universalis and Victoria (unsurprising, since they are made by the very same studio that makes Hearts of Iron: Paradox Development Studio) and if you are able and willing to put the time and effort to play this game, you will undoubtedly have hours upon days of fun.

In order to promote Hearts of Iron IV, Paradox are doing a special “Rush to the Front Rewards Campaign” which will gift every user who signs up (thus creating a Paradox account) a free “secret” DLC, strategy guides, wallpapers and a chance to participate in the closed beta (or guaranteed place if you manage to refer 20 people to sign up).

The plan for Hearts of Iron IV, according to the developers, is to release in Q1 of 2015 (January – March). Stay tuned to AotF as we continue our coverage of Hearts of Iron IV and other Paradox offerings!

Are you excited about Hearts of Iron IV? Or maybe not? Tell us what you think in the comments below!