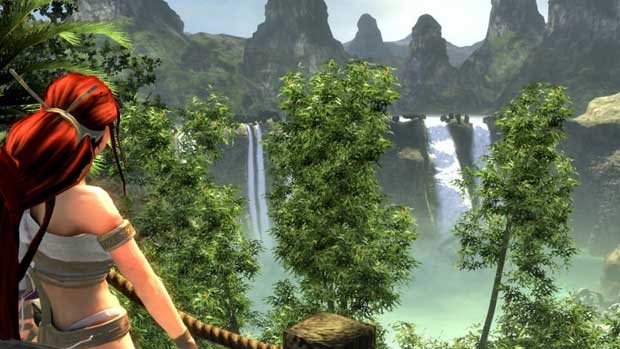 As the rumors continue to pile up with possibilities for E3 announcements, you can add Heavenly Sword 2 into the mix.  Ninja Theory is rumored to be making a comeback with the Heavenly Sword franchise according to a recent article in PlayGamer.  This would be sequel to one the PlayStation 3 launch titles is rumored to be an open world sandbox style game that takes place a decade after the events of the first game.

According to the magazine:

The second game is expected to be an open world sandbox affair set 10 years after the events of the original game. Missions are said to be replayable within an interactive environment (presumably deformable scenery and pickup and play makeshift weapons?). The titular ‘Heavenly Sword’ will not be with you from the outset of the game, this time around you are required to earn the sword by mastering a number of martial arts.

Our guess is that you will start with the basic hand to hand style arts such as Karate and Jujitsu and move up to sword based skills like Kendo before earning the Heavenly Sword. We’re visualising this as a cross between God of War 3 and Skyrim.  Currently no news has been announced regarding a release date, nor has any media been released. Expect to hear more at E3.”

We’ll probably need to wait and see if there’s any weight behind this rumor, as it is widely known that the developer was unhappy about the commercial success of the first game (or lack thereof).  If Heavenly Sword 2 is announced, it’s likely to be a PlayStation exclusive as Sony owns the rights to the property.