Grookey, Scorbunny, and Sobble are waiting for you in the Galar region 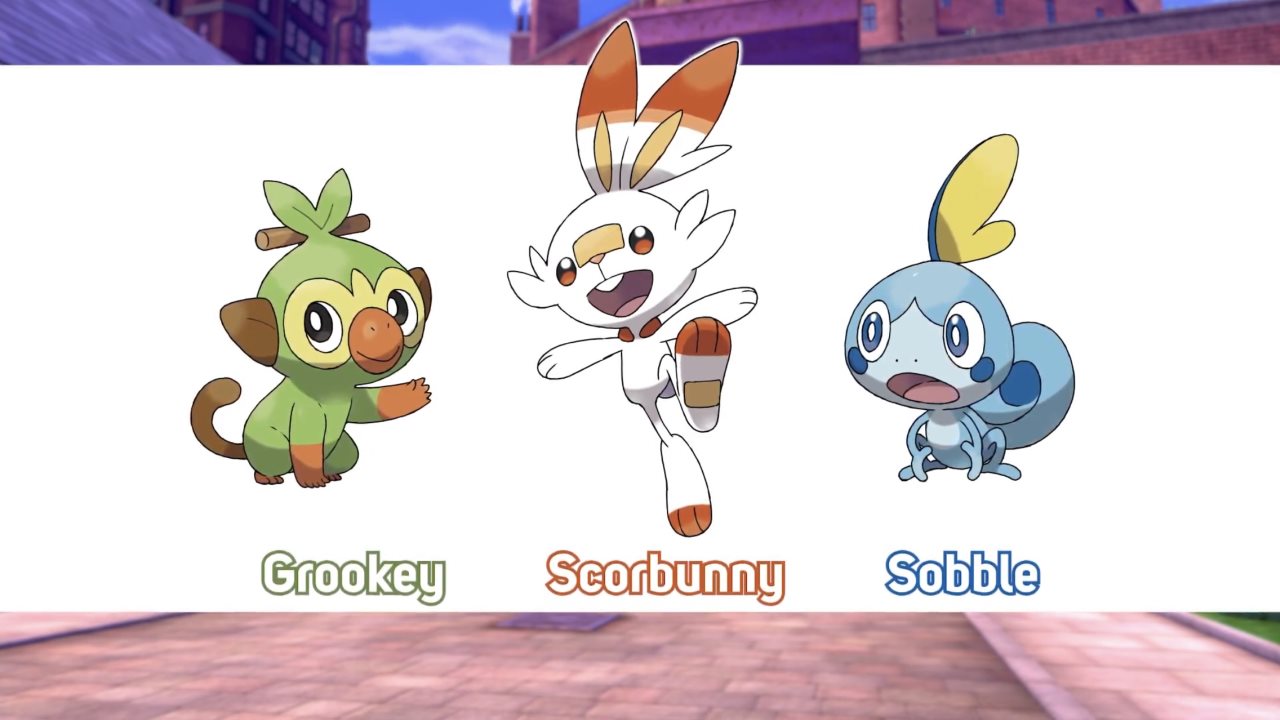 Newcomers to the series might not fully understand the significance of a new Pokèmon generation. Each new game doesn’t always represent a gen leap like X and Y or their predecessors. However, after today’s Pokèmon Direct presentation it is clear that Pokèmon Sword and Shield are the true successors of the series, and mark Gen 8. This was pretty obvious from the beginning, but the three new starters cement it. You can see them above, and while little has been said about them, let’s dive into the few details we do have.

Grookey is the grass type, Scorbunny the fire type, and Sobble is water type. This matches the typical trifecta of starters that’s been seen since the very beginning in Red and Blue. Of course, with dual typing now an option these guys will almost certainly be more than that. No one yet knows what their second type could be, though a few guesses can be made. For example, Scorbunny has what looks like tape over his nose hinting that he may be or become fighting type as well. The other two are anyone’s guess at this point though.

We also don’t yet know their future evolved forms, which will certainly be revealed at a later date. Pokèmon Sword and Shield hit Nintendo Switch in late 2019, so watch for more info as we get closer to its release date.