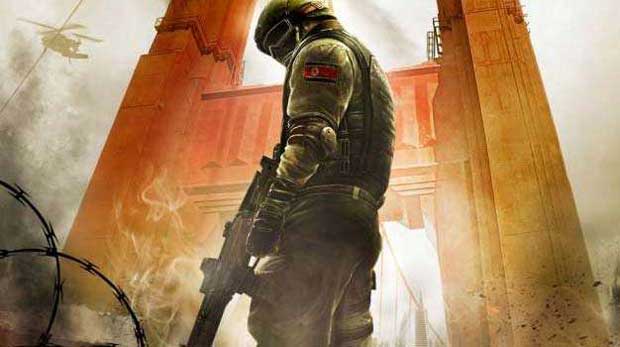 Did Homefront already hit the bargain bin?  There are some mixed signal coming from retailers and the developer.  The developer came on to say that they were experiencing heavy traffic in Homefront, so much so that they needed to allocate more servers to facilitate all of the players that they didn’t expect.  Reviews we’re mixed seeing a wide range of scores for the shooter.  The stock price of THQ tumbled on the poor review scores coming from some of the most highly regarded websites in the industry.

Wal-mart and Amazon have begun selling the game at a discount, a fairly substantial discount.  Originally a $59.99 game, the two retailers are selling the game at $42.  As gamers we know that these types of price drops don’t happen very often.  Hell Call of Duty Black Ops is still selling used for more than Homefront cost new four months after release.  PC Versions of the game remain at the $50 price level.

THQ CEO Brian Farrell just announced that Homefront sold 375,000 copies of the game on day one.  These are good sales numbers, and the developer made a statement on the conflicting reports since the game’s launch just yesterday.

“We are delighted with first day sales for Homefront and are already fulfilling re-orders for the game from multiple retailers,”

Danny Bilson, also of THQ added that Homefront is a “must have purchase for gamers”

“Due to the strong and growing demand for Homefront’s multiplayer, we continue to add dedicated server capacity. We are confident that the large-scale multiplayer maps featuring 32 players, vehicles, infantry and drones, will continue to be a major draw for the huge audience of FPS gamers looking for a new experience over the coming months.”

There’s definitely some conflicting things going on here. The game has a metacritic average of 71 which is not horrible, but far from stellar.  The biggest retailers online and brick and mortar have discounted the game around 30% off one day after release.  The THQ stockholders have lost nearly 100 million dollars in Market Captialization in the last two days. But the game is doing exceptionally well and is a must have item?  Perhaps.