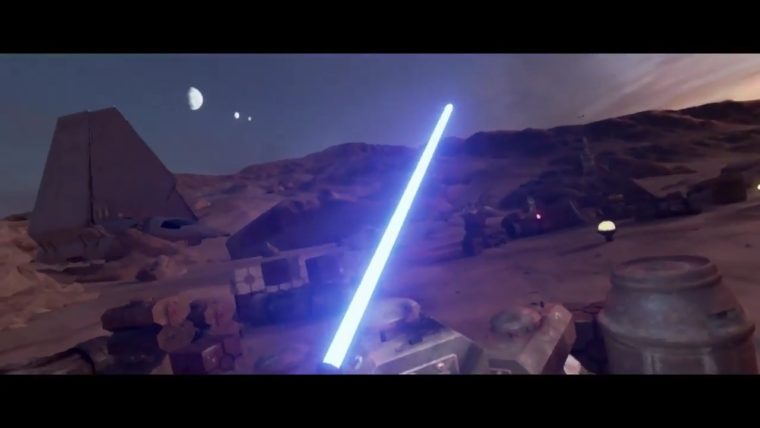 Lucasfilm has revealed that it will be releasing some type of VR game to the HTC Vive called Star Wars: Trials on Tatooine.

It hasn’t been advertised as a full video game, but they are calling it “a cinematic virtual reality experiment“. Basically, it could be a series of mini-games based on the first trailer that was revealed.

The trailer shows a bit of the “experience” that you will see in Star Wars: Trials of Tatooine. It shows R2-D2 giving the player a lightsaber and they have to deflect the laser blasts with it.

Judging by the name of this VR title, you will be a Jedi in training visiting the planet of Tatooine. It’s likely it will also allow you to use many force powers. Hopefully they are willing to show more of it in the near future.

VR has become a very competitive market and the headsets aren’t even out yet. If there is anything to entice people to get excited about the HTC Vive, it will be Star Wars.

You can check the trailer for Star Wars: Trials on Tatooine yourself by watching the video below.