Hyrule Warriors Bugs Out With Debut Of Agitha Character Trailer

The latest news in the world of video games at Attack of the Fanboy
July 4th, 2014 by Dean James 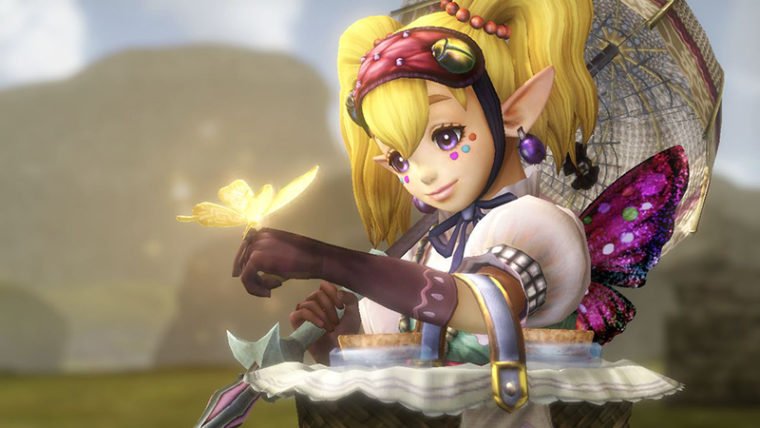 While characters like Link and Zelda were no surprises with their appearance in Hyrule Warriors, some of the others have been a little more surprising like Impa and Midna. However, none take the cake so far more than Agitha, the bug collector from Twilight Princess.

After getting trailers for the rest of the announced characters so far, including the newcomer Lana, Tecmo-Koei has released the first character trailer for Agitha, but in Japanese only so far. Luckily, with it being mostly action, you really won’t lose anything but watching the trailer like this.

Having previously had no presence in the series outside of Twilight Princess, and limited to her house with no combat at all, she seems like quite the odd choice. That doesn’t mean that she doesn’t fit in the game though, as it looks like they have figured out some very unique movesets to utilize to make her a lot of fun to use in the game.

Using her parasol to attack enemies and summoning what appears to be giant bug spirits are only the beginning for Agitha, as she is bound to have plenty more in her arsenal.

You can check out the Agitha character trailer for yourself below and look for Hyrule Warriors to release in the US on September 26 for the Wii U.