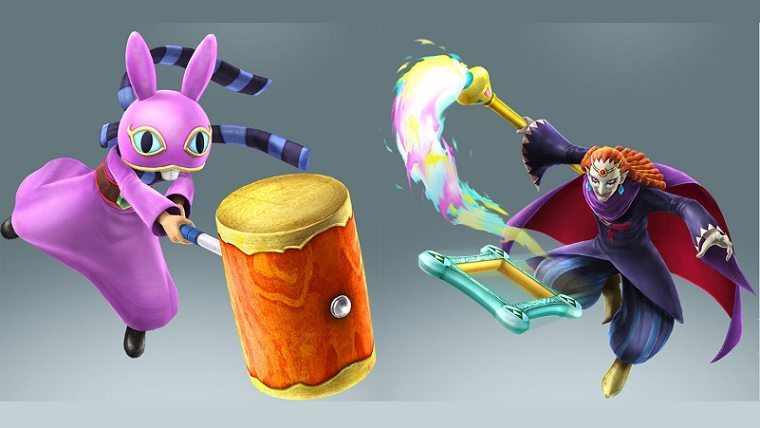 Hyrule Warriors originally released for Wii U back in 2014 and received a quality collection of DLC itself. This all came to the 3DS earlier this year as Hyrule Warriors Legends, which is getting its fair share of quality DLC as well, the latest of which has just been revealed.

Considering Hyrule Warriors Legends is a 3DS game, the DLC that has been releasing for the game has mostly been focused on portable Legend of Zelda titles, with the next being based on A Link Between Worlds.

We knew that this was coming, as it was announced prior, but now we know the two DLC characters that are coming as well, which are Ravio and Yuga. Both of these were leaked previously, but now they have been officially confirmed to be coming to the game.

As revealed by the game’s official Japanese website, the A Link Between Worlds DLC pack appears to be launching in at least Japan on October 31. Typically, the launch date in other regions have been right about the same, so hopefully that is the case once again here.

This DLC pack will not only come with the playable Ravio and Yuga, but also a new Adventure map themed after the game and a number of new costumes for characters already in the game as well.