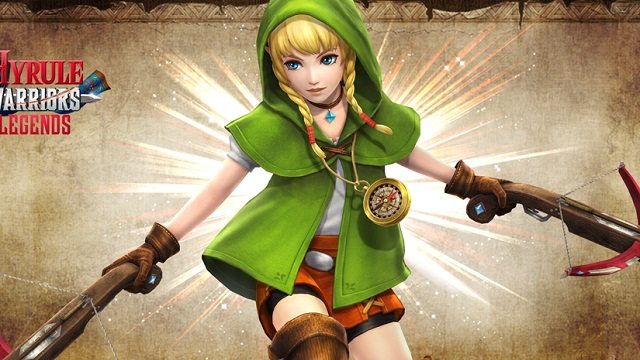 As announced during today’s Nintendo Direct, Hyrule Warriors Legends adds a new character to the fray. It’s a female version of Link and her name is Linkle.

This is an interesting move because many people speculated that the female Link was included in the upcoming Wii U title. It seems interest in fans forced Nintendo to try something new and they included the female Link character to Hyrule Warriors Legends instead.

Linkle is different to Link apart from her gender. Her main weapon is a crossbow. She also uses a spinning kick in lieu of a sword too. Some people may have seen the character before in concept art, but now she has become a reality.

It will be interesting to see if Nintendo takes this character even further in the future if she is well received. We may get a full female Link game if she proves to be popular with fans.

Hyrule Warriors Legends releases exclusively for the Nintendo 3DS console from March 26th, 2016. The game is an updated version of the original Hyrule Warriors game that came out on the Wii U back in 2014.