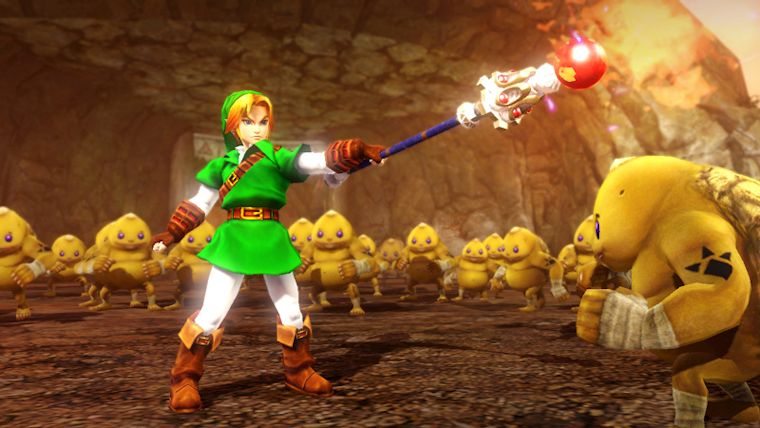 Earlier in the week, Nintendo held a brand new Nintendo Direct that was focused exclusively on the highly anticipated Hyrule Warriors. Set to release in just a few days in Japan, the Wii U exclusive is not hitting the US until September 26, but details are starting to come in about which retailers you may just want to pre-order the game at prior to release.

During the Direct, we learned about three different costume packs based on Ocarina of Time, Twilight Princess, and Skyward Sword that would be available as retailer specific pre-order DLC. Now, we actually know which retailer will be offering two of the packs, with the other not quite known yet

GameStop now has a listing on their website offering the Ocarina of Time costume pack for Link and Zelda with any pre-order, which seems to lock down the retailer for one of the pack. Amazon Canada had its own listing for the Twilight Princess pack up first, but now the US Amazon has the same, so that makes two.

The only one remaining is the Skyward Sword pack, which one would assume might be a Hyrule Warriors pre-order bonus at Best Buy, especially considering Nintendo’s partnership with Best Buy for their E3 festivities. It would seem odd to leave them out of the mix, but nothing has been confirmed yet.