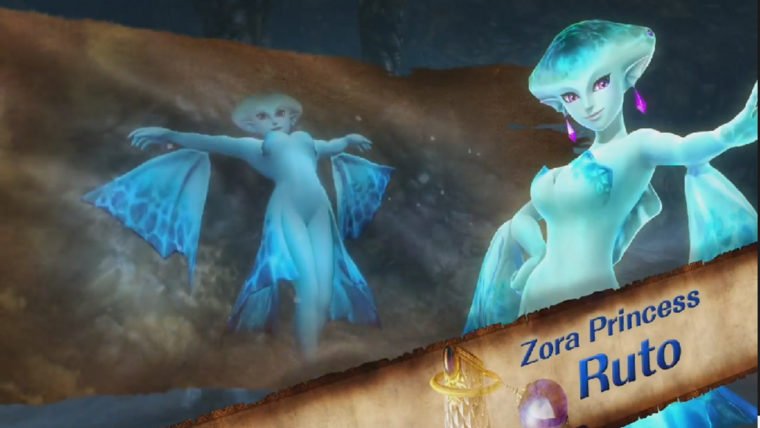 Nintendo continues its charge toward Hyrule Warriors’ release with a new feature jammed full of new stuff, including the three playable characters announced yesterday. The four minute trailer, which can be seen below, shows off every known character up to this point such as Link, Zelda, Impa, Midna, and Fi, as well as new characters from recent announcements like Ruto, Darunia, and Sheik. Villains also get the spotlight, with Ghirahim and Zant popping up in the video.

This is the first time we have gotten a look at the three new The Legend of Zelda: Ocarina of Time based characters of Ruto, Darunia, and Sheik. Their addition had originally been leaked by a scanned copy of Famitsu magazine. Along with their inclusion came the news that Hyrule Warriors will be a mash-up of just three Zelda games, The Legend of Zelda: Ocarina of Time, Twilight Princess, and Skyward Sword. All of the characters shown in this new trailer fit with this idea, with all of them originating or making appearances in those titles. Smaller elements from other Zelda games will still be included, such as the baton from The Legend of Zelda: Wind Waker and the moon from Majora’s Mask.

Another interesting feature that I don’t recall being shown in past videos is how the multiplayer works with the Gamepad. Hyrule Warriors seems to allow two players to play at the same time, with each getting their own screen. One player plays on the Gamepad, while the other is on the TV. This was one of the missteps Nintendo made with Mario Kart 8 by not including it, so seeing it in Hyrule Warriors is a welcome surprise.

There also seems to be some kind of retro-styled mode inside of Hyrule Warriors. At one point during the trailer you can see Link walking around the map from the original The Legend of Zelda for the NES. Enemies appear in different locations than normal, suggesting this is a remixed version that does something within the regular game.

Hyrule Warriors will be released on September 26th exclusively for Wii U.