Hyrule Warriors Will Only Feature Elements From Three Zelda Games 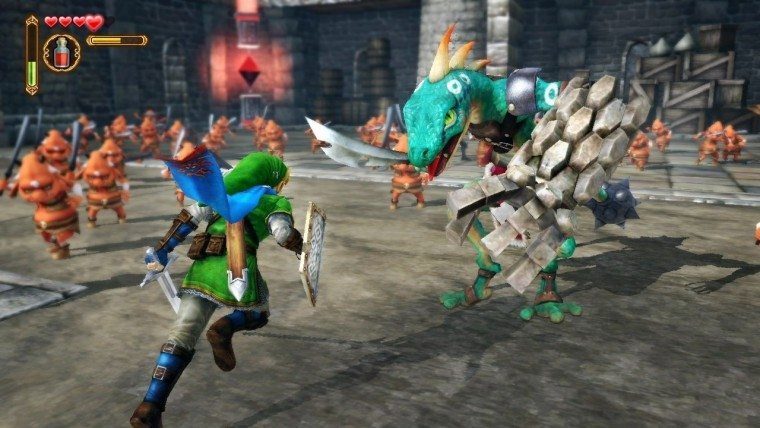 Hyrule Warriors will only feature characters and levels from three particular Legend of Zelda games according to a Japanese magazine Famitsu. According Famitsu, as translated by Zelda Informer, the worlds of The Legend of Zelda: Ocarina of Time, Twilight Princess, and Skyward Sword have been combined into one, causing the events of Hyrule Warriors to unfold.

Hyrule Warriors will only combine the worlds of Ocarina of Time, Twilight Princess, and Skyward Sword

This means that older, and more obscure titles in the franchise, such as The Legend of Zelda: A Link to the Past, Link’s Awakening, and Majora’s Mask will not have any of their major elements incorporated into the upcoming action game.

However, with the baton from Wind Waker and the moon from Majora’s Mask making appearances, it seems like cameos are not out of the question. The article also confirmed that Ocarina of Time character Princess Ruto would be making an appearance in Hyrule Warriors. She joins up with Link, Zelda, Impa, Midna, Agitha, and a few others as a playable character for the game.

Looking at the list of playable and non-playable characters seems to confirm the story that Hyrule Warriors will only use those three games as a basis, since all of them make some appearance in the three titles. Even when a character has been in every Zelda game ever made, their model ended up being based on either their Ocarina of Time, Twilight Princess, or Skyward Sword manifestation.

The basic story synopsis of Hyrule Warriors was also made available via the scanned pages. If you wish to go into the game completely fresh then stop reading now, but really it isn’t too spoilery. As translated by Zelda Informer, “the black witch Cia caused worlds from three different dimensions to appear. Those three are the world of Twilight Princess, the world of Skyward Sword, and the world of Ocarina of Time.”

Likely this revelation will cause a bit of a divide among Zelda fans. There already exists a long-running argument about which type of Zelda game is better, 2D or 3D. All of the included games coming from the 3D side will probably disappoint 2D fans. Also, aside from the latest handheld entry, The Legend of Zelda: A Link Between Worlds, these are the latest entries in the Legend of Zelda series. This could be great for newer fans, but further disappoint those who have been with the series since the beginning.