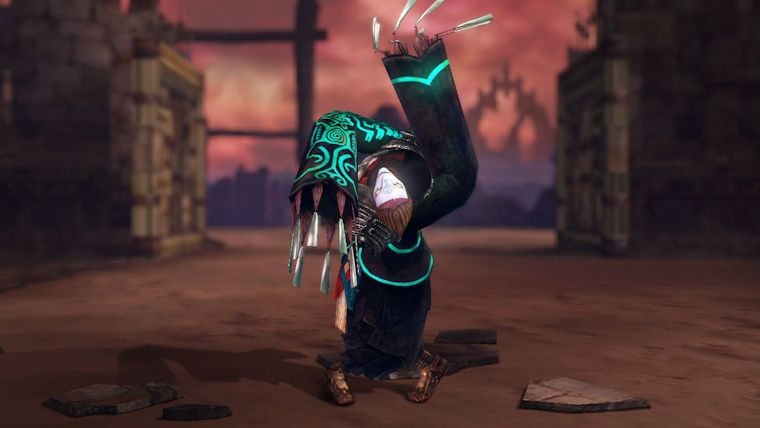 With Hyrule Warriors only two days away from release in Japan, Koei Tecmo has decided to release a character trailer for a new playable character we just learned about last week during the Hyrule Warriors focused Nintendo Direct. That new character happens to be the Usurper King Zant from Twilight Princess, who looks like will be a blast to use in battle.

Zant plays like an absolute madman, with stuff being thrown all around the screen as he takes down armies of enemies. While more subdued in the early parts of Twilight Princess, Zant gains a lot more personality and becomes more psychotic as he gets more screentime. That later game version of Zant appears to be the one we see here. Perhaps one of Zant’s most intriguing attacks is summoning the giant head version of himself and squashing all enemies in range.

Hyrule Warriors is set to release exclusively for the Wii U in the US on September 26, and with three types of retailer exclusive DLC that we’ve told you about, you have some choices on where to pre-order the game. With this trailer out today, the remaining known playable character Ghirahim is likely to receive one of his own in the coming days as well, so make sure to stay tuned for that one.