The latest news in the world of video games at Attack of the Fanboy
July 26th, 2013 by William Schwartz 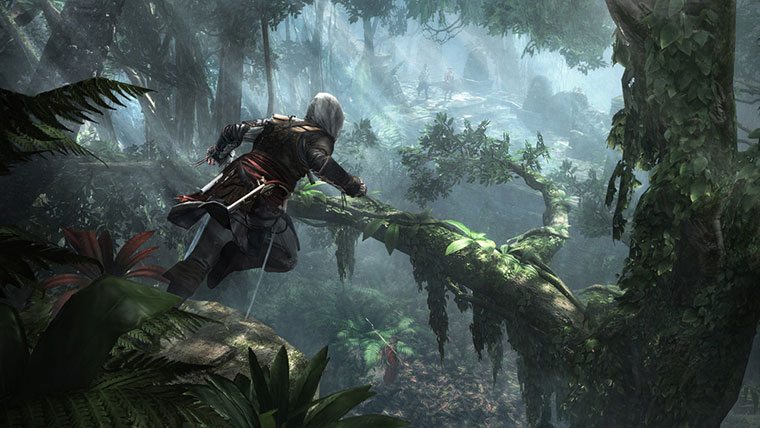 Stealth mechanics have taken a backseat to other features in the Assassin’s Creed series over the years, becoming less and less a part of the franchise as its expanded. In Assassin’s Creed 4: Black Flag, Ubisoft has apparently gone back to the drawing board when it comes to stealth, and are looking to make stealth one of the biggest parts of the AC4 gameplay.

Stealth will be simplified and more intuitive in Assassins Creed 4

Speaking with OPM, Ashraf Ismail explains that the Assassin’s Creed 4 team has “put effort into the system to make stealth really viable gameplay.”

“People loved the naval combat, people really enjoyed the fight, but we knew that the stealth element was something that we needed to push,” said Ismail in the interview. “If you really wish to play the game completely in stealth then you can.”

So what changes has the team made to make stealth more viable? According to Ismail, stealth has been more “simplified and much more intuitive.” Ismail didn’t go into too much detail, but he hinted that Edward will have “a bunch of new stealth tools” that’ll be necessary to combat different types of enemies.