The latest news in the world of video games at Attack of the Fanboy
October 22nd, 2017 by Jose Belmonte 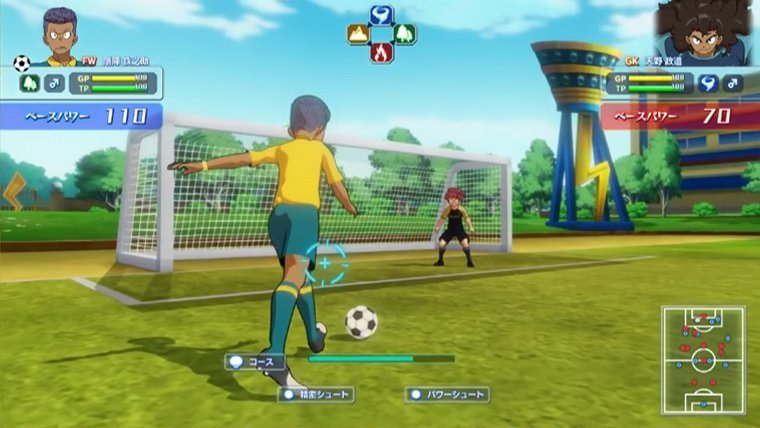 Level-5 have officially presented Inazuma Eleven Ares, the newest entry in the popular soccer/RPG series, during an online event. The series has been traditionally linked to Nintendo platforms, which is why it was widely expected that the upcoming game would be developed for Nintendo Switch. However, the company has surprised fans by announcing that ‘Ares’ would not only arrive to Nintendo’s hybrid console, but also mobile platforms…and PS4.

With this move, the company is obviously looking for expanding the popularity of the series to all audiences, something that has already tried with the latest Layton games, which have also been relased on iOS and Android devices. Furthermore, with Nintendo finally achieving HD graphics with the Switch, the visual difference between the current PlayStation home console is not as big as it was with the 3DS, making a simultaneous release easier than ever. This graphic upgrade will also make Ares the closest the videogames

Inazuma Eleven Ares will carry on with the signature visual style and gameplay of the series, portraying soccer from an anime perspective, and introducing RPG elements that make the game appealing even for those who are not generally interested in soccer games like FIFA or Pro Evolution Soccer.

Inazuma Eleven Ares is expected to launch on summer 2018 for Nintendo Switch, PS4, and mobile devices. Watch the first gameplay footage below.