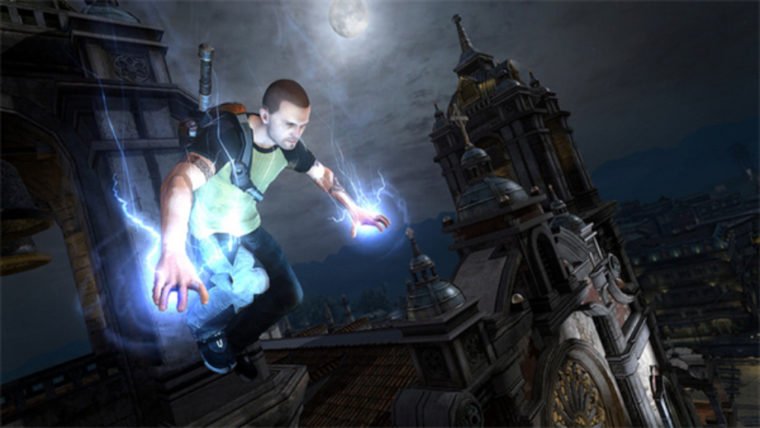 Sucker Punch released the high octane Sandbox title, Infamous, in 2009.  The PS3 exclusive went on to sell almost 2 million, with the draw being that to controlling a superhero in a large open world.

Cole MacGrath’s combination of super human electrical powers and parkour abilities made the hero a popular one.  With the recently announced Infamous 2 you can look forward to a brand new city, powers, and powerful new adversaries to conquer.

The July issue of Game Informer will have a 10 page spread on the game.  With the commercial viability of the first InFamous game, Infamous 2 should come as no surprise.