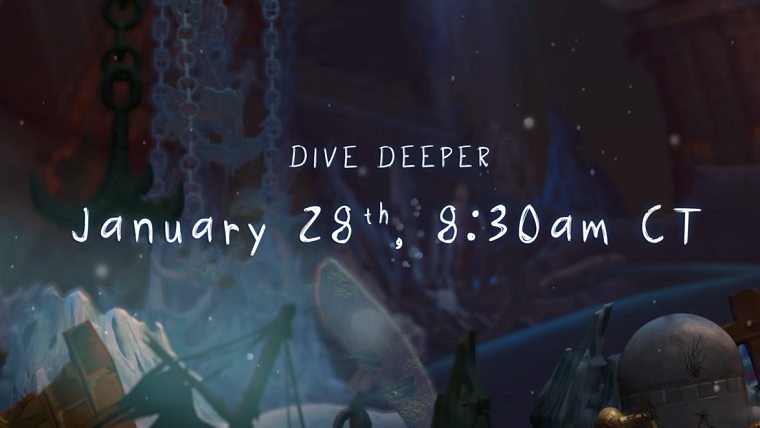 The developers of Sunset Overdrive and Ratchet & Clank, Insomniac Games, has been working on a new game that nobody knows the title of yet, but today they are teasing it further with a new trailer that comes with the message “dive deeper on January 28, 2016 @ 8:30 am CT.”

The trailer itself includes nothing more than imagery of lots of colorful structures and buildings underwater. Lots of tribal structures can be spotted throughout, though what any of it relates to is anybody’s guess at this point in time. We’ll have more info on the game as soon as it’s announced.

As for what Insomniac Games is known to be working on, they have been hard at work on the re-imagining of the original Ratchet & Clank game. The upcoming PlayStation 4 exclusive is set to release alongside the upcoming movie of the same name.  They also have a virtual reality game called Edge of Nowhere in the works.

You can check out the What’s Next video that Insomniac Games posted on their YouTube channel below. The channel will more than likely also be posting the official reveal trailer for the unannounced game, so subscribing to their channel is a good idea if you’re interested in getting all the latest info from the devs.