Insomniac on learning from Fuse for Sunset Overdrive 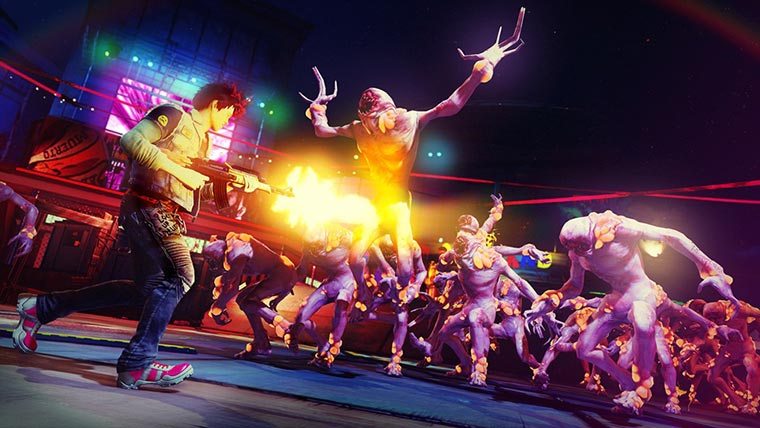 Fresh off of developing Ratchet and Clank and Resistance games, Insomniac set out to make a co-operative shooter, a genre that had been lacking throughout the lifecycle of the PS3 and Xbox 360. That shooter, titled Overstrike, was met with positive reception, most notably over its cheeky and stylish aesthetics. Flash forward a year, and instead gamers were left with Fuse, a more serious game that lacked the personality of Insomniac’s past games. It was a critical and commercial disappointment, being Insomniac’s lowest scored game on Metacritic. However, it was also a stepping stone for Insomniac, allowing them to reflect and realize that grounded, serious games weren’t their forte. Stylized games with personality were the heart and soul of Insomniac.

As Ted Price, CEO and president of Insomniac told Polygon, “Fuse was a tough experience. It really was. Fuse helped crystallize who we are as a company. It helped me realize that basically what it is that we all love to create. We’ve taken a lot of different paths as a company, whether it’s Resistance or Fuse or some other games that didn’t even see the light of day, and always have come back to games that are in the ilk of Sunset Overdrive. It’s the colorful, vibrant games with an edge. Games that allow us to express ourselves in a way that’s sometimes unusual.”

In regards to Fuse, other members of Insomniac see it as a validation for what works for Insomniac games. Colorful, stylized worlds with wacky weaponry. According to lead gameplay programmer Doug Sheahan, “In this weird way, being knocked down a bit, validated what we as a company do well. We feel like we did a lot of good things on Fuse and it wasn’t as well received as we would’ve hoped, clearly. But we think some good things came out of it, but there were some changes that, looking back, we should’ve stuck to our guns.” Brand development director Ryan Schneider agreed, saying “I think Fuse taught us to trust our instincts, and that was our first new IP outside of the Sony cocoon.”

As Ted Price put it, “There are some ideas that energize people here at Insomniac from the very beginning, and I think Sunset Overdrive was one of those ideas…when I think about why people come to Insomniac, they come because we’ve been making stylized games for a long time.”