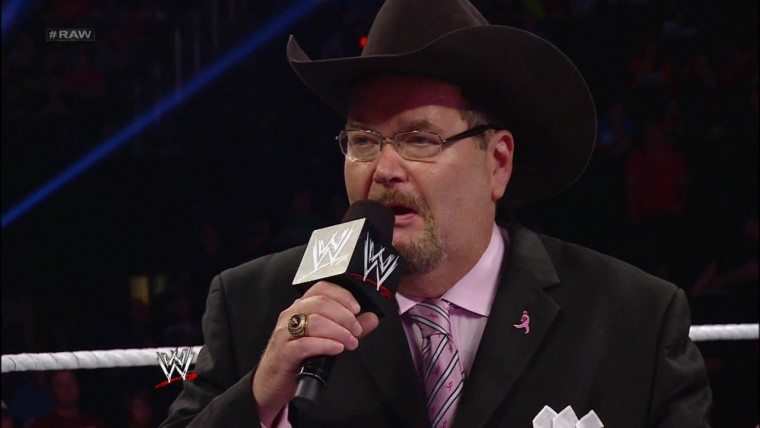 As we know already, Jim Ross and Jerry Lawler recorded their lines together. Ross mentioned they mostly recorded lines on Wednesdays in Memphis after Lawler is back home from being on the road.

There is a reason why the commentary is good in the 2K Showcase mode. This is because Ross admitted his and Lawler’s lines were mostly unscripted for WWE 2K16.

According to Ross, 2K gave them the matches they were calling and who the wrestlers were too. After that, he and Lawler will just call the match like they see it in real life. This made the commentary have a more organic feel to it.

Ross also said the commentary has a more old-school feel to it. This is because the commentary is focusing on the actual match itself. This is different from modern-day WWE commentary where they might talk about the WWE App or Network all of the time…

Ross’ explanation may be a reason why the commentary in the 2K Showcase mode is much better than the normal commentary in WWE 2K16. He’s more old-school than Michael Cole and JBL who are used to following scripts from Vince McMahon or other people…