The latest news in the world of video games at Attack of the Fanboy
July 6th, 2015 by William Schwartz 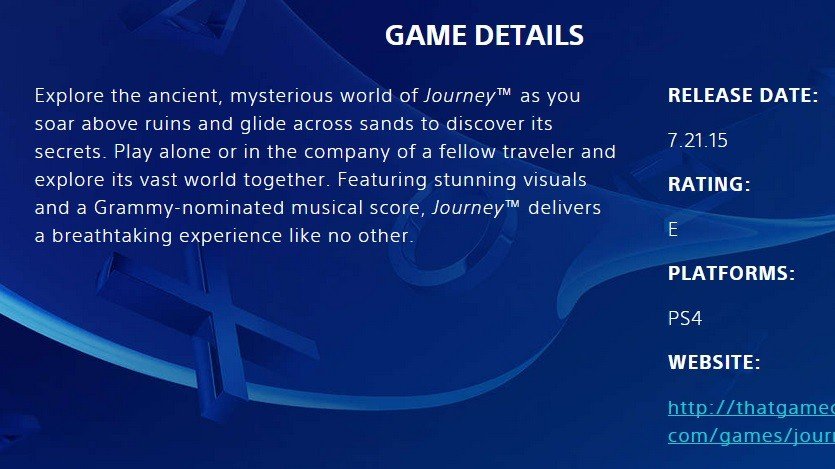 It looks like a release date for the much anticipated PlayStation 4 release for the fan-favorite, critical darling that is That Game Company’s Journey is set for later this month according a website leak from Sony.

The announcement leaked via an official PlayStation website, where the above image was located. It reveals a trailer for Journey and the release date for the upcoming PlayStation 4 release of the title to be July 21st, later this month. The beloved game is much anticipated by fans and one can suspect the announcement to occur soon.

Back in April we learned that Journey would also come to the PlayStation 4 as apart as a three game bundle with FlOw and Flower sometime this summer. With summer dwindling to a close and a release date set for Journey by itself, one can image the announcement for the bundle will also come sooner rather than later. It was also revealed that all three titles will run at 60 fps and at 1080p resolution on the PlayStation 4. It will act as a full remaster for all three games.

Expect an announcement soon, but until then check out our glowing PlayStation 3 review of Journey.  A game which we described as “a bite sized adventure that you won’t soon forget with plenty of replay value.”