The latest news in the world of video games at Attack of the Fanboy
January 9th, 2017 by Joshua Evans 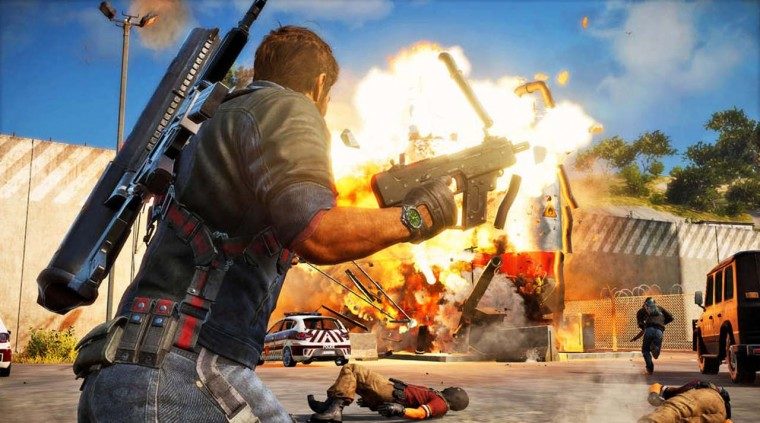 If you thought that mucking about in the single player of Just Cause 3 was chaotic, then you probably haven’t seen the Nanos Just Cause 3 Multiplayer Mod. Now players can commit random acts of wanton destruction with hundreds of other physics defying madmen across Medici. Server owners can even make their own custom game modes for added muckery. Of course, it still being in beta, there are still bugs to vacuum up, so Nanos has set up a discord server for players to report crashes, bugs, and other things not quite right. And just in case all that does get people to jump off the fence and download the mod, they even have a trailer featuring a ludicrous amount of explosions, and people racing soap box cars, as it should. Currently the mod has over twenty-four thousand downloads according to a tweet Nanos made on their twitter. Pretty impressive for the small amount of time the mod has been public.

The multiplayer mod for Just Cause 2 was eventually placed on steam for download, hopefully that will be the case here once the Just Cause 3 equivalent is out of beta. That way more players download it, and as you well know, number of players and millions in property damage, increase at the same steady rate. Especially on the servers with the crazier amount of max players allowed.

You can read Attack of the Fanboy’s review of Just Cause 3 with this link here just in case you don’t already own the game, but you are giving the idea of grabbing it a spin in the old brain box.