The latest news in the world of video games at Attack of the Fanboy
May 3rd, 2017 by Jose Belmonte 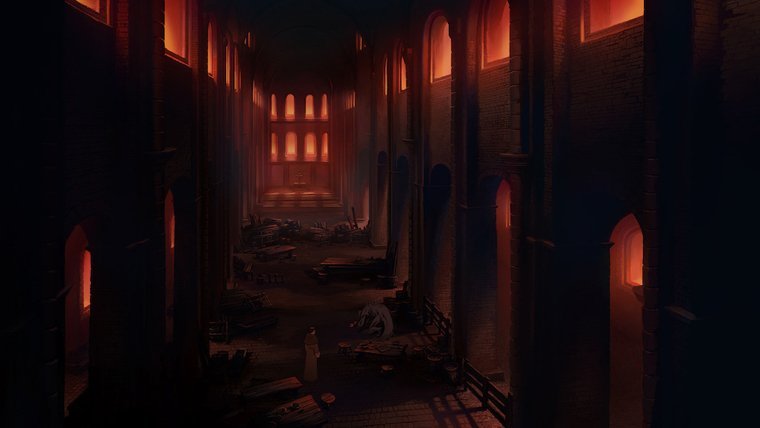 Daedalic Entertainment is ready to launch their videogame adaptation of Ken Follet’s mega-seller novel The Pillars of The Earth. The game, a classic point-and-click adventure, is set in 12th Century England, and covers all the mysteries and schemes surrounding the building of a Cathedral in the town of Kingsberg. The game will be released in three parts of seven episodes each. The “Book 1” will be available for PlayStation 4, Xbox One, PC, Mac, and Linux, this August.

The Pillars of the Earth is considered one of the most addictive and fascinating novels ever written. Its captivating story and medieval setting allows German developer Daedalic Entertainment to make a gorgeous-looking adventure, featuring bautiful hand-painted backgrounds and a compelling story told in a non-linear way.

The team took the 1200-pages novel and reassembled all the pieces of the story, in order to create a unique experience, while also being faithful to the original source. However, the videogame platform offers a lot more possibilities in terms of the narrative, which is why the videogame will allow players to alter the events of the novel with their actions and decisions through the adventure.

This way, players will feel more in control of the life of the three main playable characters and the other two controllable at specific times. The protagonists of the story are Philip, a monk who becomes the prior of Kingsbridge abbey, Jack, an architect who is commissioned to build the cathedral, and Aliena, who needs to survive by herself and look after her younger brother Richard after their father is murdered.

The Pillars of the Earth was released in 1989 and quickly became the biggest novel by best-seller author Ken Follet. It is renowned by its addictive story and for paying special attention to the historic setting and the architerual details of the cathedral. Its worldwide success inspired the production of a mini-series for TV and the release of a sequel called World Without End, set 150 years after the events of the original novel. Another novel from the Kingsbridge series will arrive this September, called A Column of Fire.

The Pillars of the Earth, Book 1 will be released on August 2017 for PS4, Xbox One, PC, Mac and Linux, with more details on Books 2 and 3 to be announced at the next Gamescon.

Take a look at the creation of the game in this video featuring alpha footage.

Ken Follett’s The Pillars of the Earth: First Video Insights