Kena: Bridge of Spirits is a Balinese-inspired emotional adventure. 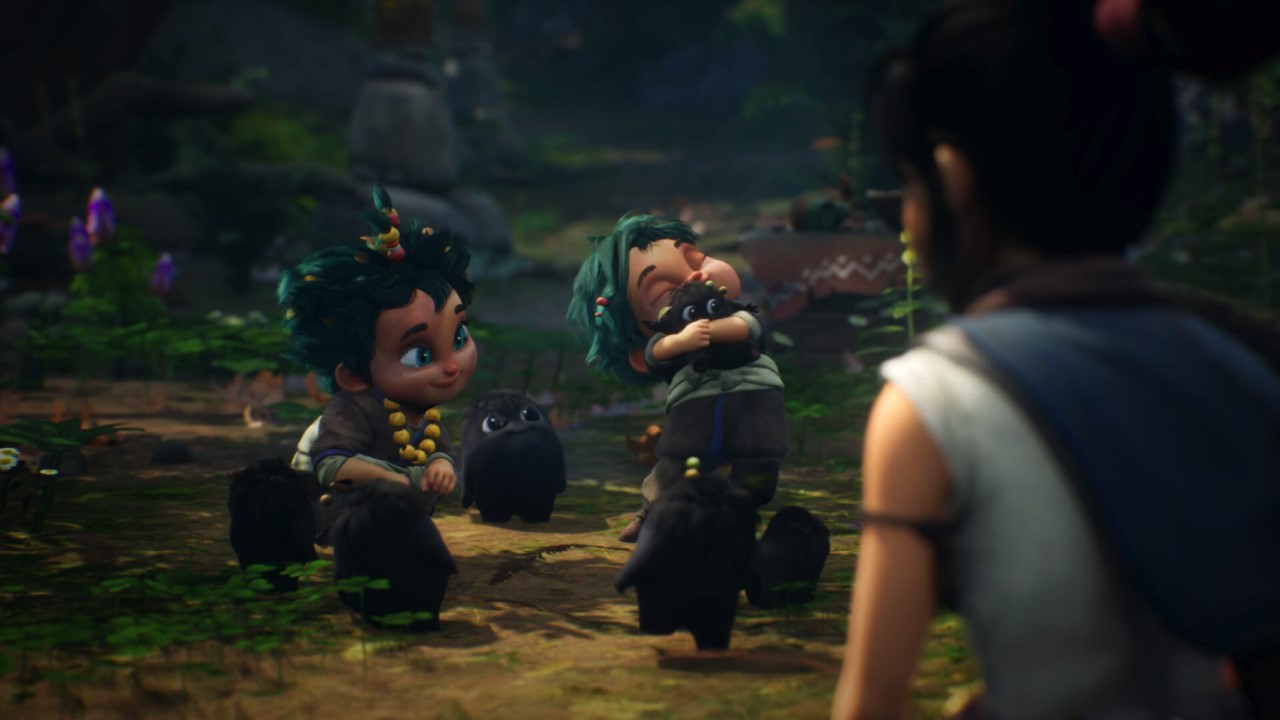 Developed by Ember Lab, Kena: Bridge of Spirits is an upcoming third-person adventure game that has captured gamers’ hearts with its visuals that look like something out of a Pixar movie. The game follows Kena, who is a spirit guide that must help troubled souls make the transition to the next realm. Recently, Kena’s voice actress, named Dewa Ayu Dewi Larassanti, had a lengthy interview with Pixel Therapy where she revealed some info about Kena: Bridge of Spirits, including the cultural influences present, and what gamers can expect from this colorful title.

Ayu, as she also goes by, spoke about the plucky protagonist of Kena: Bridge of Spirits. Kena is far from a damsel in distress and she carries with her a staff that is a formidable weapon. As Ayu explains, the staff is capable of light, heavy, and charged attacks. As the game progresses, Kena gains the ability to turn her staff into a bow. This allows it to serve as an amazingly versatile tool and a deadly ranged weapon.

Quite mysteriously, Ayu also mentions that Kena has a scar. However, the voice actress was not willing to touch on the significance of the scar further outside of mentioning that it would be explored in the game and that it is important.

As a spirit guide, Kena’s job is understandably a selfless one that involves helping others. The journey begins when Kena finds an abandoned village that is corrupted and plagued with trapped spirits. It is these poor spirits that are causing decay and chaos. To stop the corruption, Kena must free these spirits and help them to move on.

As a story-driven game, Kena: Bridge of Spirits deals with a range of emotions. Ayu discussed how the game brings moments of joy through the Rot, which are cute black fluffballs that follow Kena around. The Rot are responsible for decomposing things, and although this might sound repulsive, it is an important task. However, their ability to do this has been impeded by the fact that they have been scattered. Hence, it is Kena’s job to gather them together and get them working as a team again. Kena can use the Rot in combat, or to help her solve puzzles.

Not all of the game is joyful, however. You can also expect moments of pain and trauma as Kena confronts characters dealing with a lot of pain.

Part of the Kena: Bridge of Spirits info Ayu revealed is the cultural influences the game draws from. The game features plenty of Balinese music. This had to be done in a respectful manner because, as Ayu explains, there are a lot of rules and customs associated with Balinese music. Music for the game was recorded in Bali.

According to Ayu, the music helps to transport the player into a Southeast Asian-inspired fantasy world, creating an immersive experience. Furthermore, because the instruments are made out of natural materials, it also assists in making you feel like you are in nature.

Ayu admits that voice acting was something new to her when she was offered the opportunity to voice Kena. Although she is a dancer and a performer, she had never worked in the world of video games prior to Kena. Hence, everything was a new and edifying experience for her.

Kena: Bridge of Spirits is set to release on the 21st of September. It is available on PS4, PS5, and PC.