The latest news in the world of video games at Attack of the Fanboy
March 17th, 2017 by Kyle Hanson 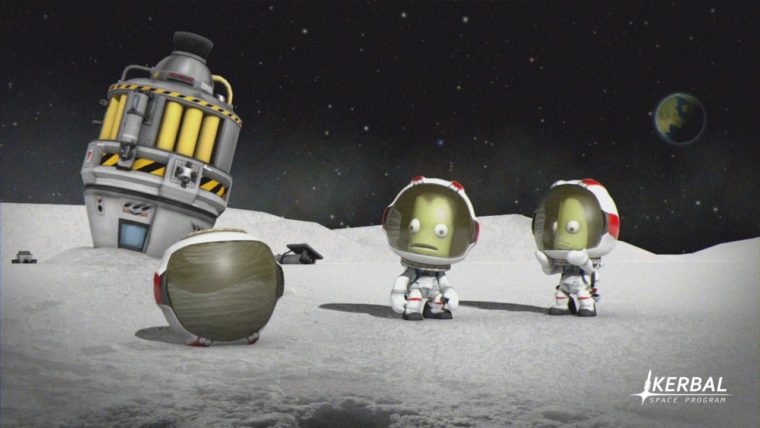 Kerbal Space Program is one of Early Access’ greatest success stories. Launching way back in 2011, the game saw its full 1.0 release hit in 2015. Since the initial release on steam the game has grown and expanded in tons of ways, barely resembling that early effort thanks to a number of improvements. Now the game is expanding once again, with official DLC this time. Here’s the details on the newly announced Kerbal Space Program: Making History Expansion.

This new DLC expansion consists of two main components, the Mission Builder and the History Pack. Mission Builder lets you custom make your own space missions, which can then be shared with other players to complete. “We wanted to give you the tools to get the sense of being part of a space program’s Mission Design Division by tailoring your own missions and narratives in a friendly and intuitive interface. Once created, you will be able to easily share your missions with the wider community.”

This coincides with the History Pack, which will feature some pre-made missions for players to try out. These include a ton of real life, historical missions from our own space program, with some twists to make them distinctly Kerbal. “The pack will include a new set of parts and a new astronaut suit for your brave heroes. Imagine walking in the boots of the astronauts who witnessed the majesty of outer space for the first time or landed on other celestial bodies as the first of their kind.”

The Kerbal Space Program: Making History Expansion is still being developed. We do not have a release date or pricing info, but the team does know that it will be paid DLC. Many who bought the game early were under the impression that all DLC would be free for them, which was confirmed to be the case by the developer.