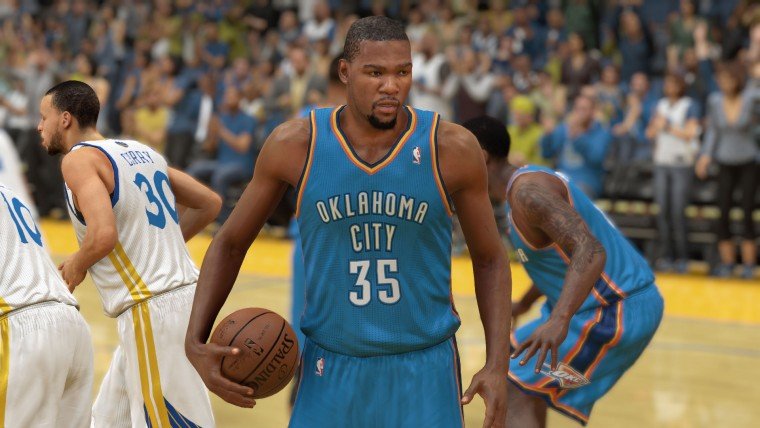 Kevin Durant recently worked on something quite special for NBA 2K15. He didn’t say much yet, but it sounds interesting.

Kevin Durant tweeted the following message this past week:

“Did some work with @NBA2K on a very cool and secret project for #NBA2K15. More info coming soon #YourTimeHasCome”

NBA 2K15 has been centered around Kevin Durant. He is also the on the cover for the game and can be seen in many video games stores as a cardboard cutout. He was also this year’s NBA Season MVP, although didn’t manage to win the championship as his team OKC lost out to the San Antonio Spurs.

NBA 2K14 had LeBron James on the cover and he had his own specific game mode. The mode was called “Path to Greatness” as you would control LeBron James in hopes to win multiple NBA Championships.

Specific game modes have not been revealed yet for NBA 2K15. It would be cool to know what Kevin Durant has been up to. I guess we won’t find out until 2K Sports is ready for the official announcement soon.