Killzone 3 Gets Mature Rating From ESRB

The latest news in the world of video games at Attack of the Fanboy
December 31st, 2010 by Al McCarthy 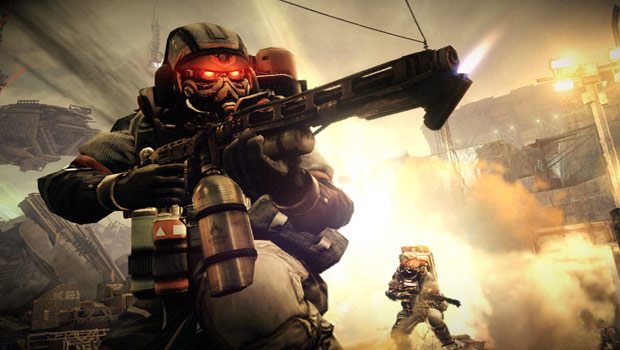 Sony’s upcoming shooter, Killzone 3, features plenty of violence and the ESRB deemed it worthy of a Mature rating.  This was to be expected by anyone that had played the beta code of the game. For those that have not, it’s jam packed full of brutal melees.  Snapping necks, slicing throats, the ol’ gouging of the retinas, Killzone 3 is not short on violence.  It also features blood splattered environments, headshots, and severed limbs..oh boy.  And none of that means anything if you don’t have the obligatory four letter “foul language” to accompany the violence, so that’s there too.

Here’s the ESRB’s full run-down of the M rated content.

“This is a first-person shooter in which players assume the role of interplanetary soldiers who must salvage mankind’s future. Players use electricity guns, pistols, machine guns, flamethrowers, and plasma grenades to destroy robot drones and enemy soldiers. Frenetic battles are highlighted by realistic gunfire and screams of pain; enemies emit large splashes of blood when shot. The game also depicts intense close-up attacks against enemies: snapping necks, slicing throats, stabbing or gouging eyes. Some weapons (e.g., boltgun and sniper rifle) can decapitate enemy soldiers with headshots, and one blood-splattered environment depicts severed human limbs. Language such as “f*ck” and “sh*t” can be heard in the dialogue.”

I’ve said it before and I’ll say it again.  Killzone 3 will be the premier first person shooter of 2011.  Judging by the graphics and the re-tooled controls it’s going to be a hard one to topple.  Killzone 3 is scheduled for release on February 22, 2011.