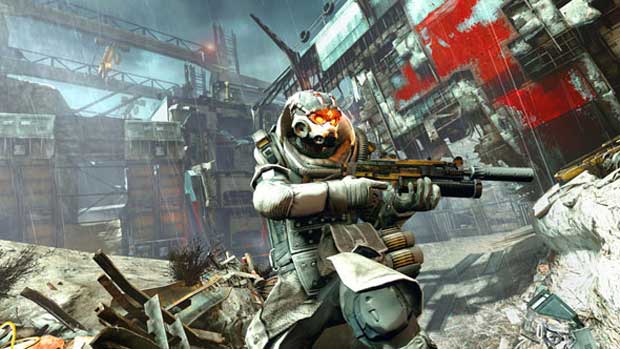 Guerrilla Games is releasing a new patch for Killzone 3, alongside releasing the Steel Rain DLC in Europe.  The patch will add custom matches to Killzone 3’s multiplayer suite, and is said to be the first part of a two part patch coming for Guerrilla with respects to the new custom match functionalities.  There’s a whole list of bug squashes that this update is going to do, and you can find the full list over at the Killzone Forums at Guerrilla’s official site for the game.

The developer has also announced that the “Steel Rain” map pack will also become available tomorrow for European players.  The pack is indeed finally finished and houses two new multiplayer maps that are said to be inspired from the single player campaign.  The Junkyard, will feature Jet-packs and Exoskeletons doing battle in rain soaked trash processing facility.  The second map, Stahl Arms, is a warzone style map set on a Helghan weapons manufacturing plant.

The “Steel Rain” map pack will be available on PSN in Europe April 6th and North America on the 12th.  The pack will run you $4.99 in dollars or euros, unless you are a PlayStation Plus subscriber.  In which event, the pack will be free for the first month upon its release.