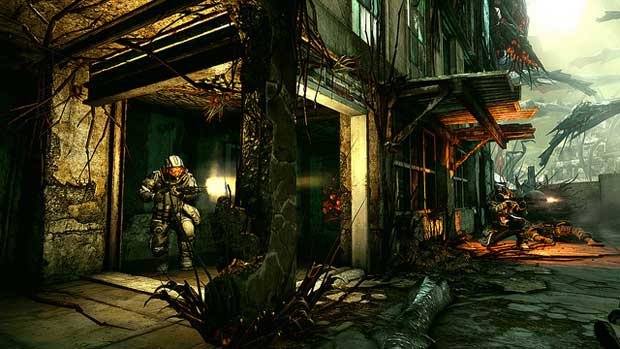 It’s not very hard to tell that Killzone 3 looks better than it’s predecessor.  Just how much better?  Around 3X better, if judging from the amount of polygons used in the design of the game.  Guerrilla also revealed a few other interesting tidbits of technical jargon.  Killzone 3 runs at 1280 x 720p, while using 100% of the PlayStation 3 Cell Processor.  You can see this power in action in the multiplayer preview that was released today in the demo, which is now available to all PSN members from the PlayStation Store on your console.