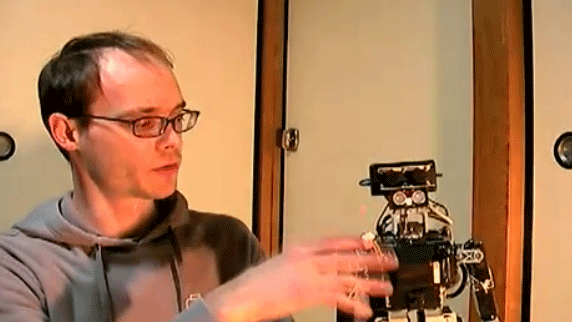 Taylor Veltrop recently developed a program that allows him to control a robot with his Kinect motion controller.  And in the video above, all things point to this video as being a starting point that we look back on in the future and say: “So this is how King Taylor Veltrop grew his legion of giant deathbots that enslaved all of human-kind.”

Frankly, I’m surprised that Arnold Schwarzenegger didn’t pop in and kill Taylor Vetrop during the video, but since he can time travel there’s a chance that the video will be seized by the resistance fighters.   So if this video comes up as taken down by user, you know what happened…