The latest news in the world of video games at Attack of the Fanboy
January 2nd, 2017 by Dean James 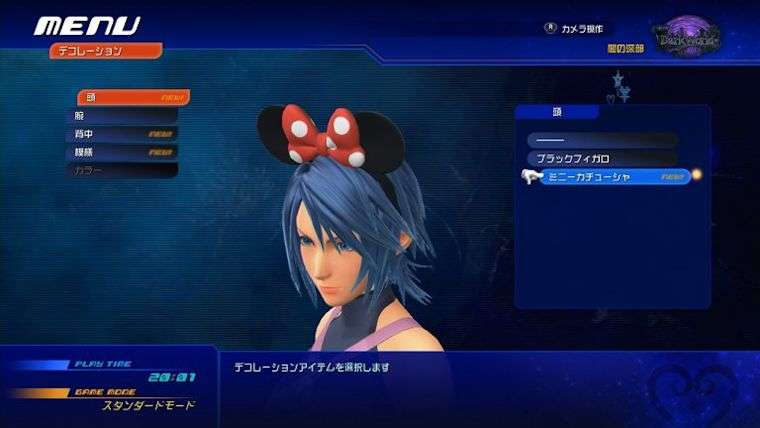 Final Fantasy XV finally released back in November after many years of waiting, which means that Kingdom Hearts 3 should be one of their focuses moving forward. We still have no release date or even release window, but hopefully that will come following the release of the upcoming Kingdom Hearts HD 2.8 Final Chapter Prologue. The most anticipated part of the game is Kingdom Hearts 0.2: Birth By Sleep, which will introduce a new feature that could potentially make its way into Kingdom Hearts 3 if fans respond well enough.

Kingdom Hearts 0.2: Birth By Sleep allows players to collect different decorations that can be affixed to Aqua’s head, back, and shoulder, as well as the ability to change her costume pattern and color. While 0.2 isn’t expected to be the length of a full Kingdom Hearts game of course, adding this is definitely pretty neat.

In an interview with Dengeki PlayStation that is provided by KH13, producer Tetsuya Nomura mentioned the possibility of adding this feature to Kingdom Hearts 3.

“We knew we could insert that feature into the game this time, but whether or not we can with [KHIII]…we have other priorities ahead of us so it depends on time, but we’ll look at the reaction with [KH0.2] and consider it.”

Like Nomura says, there are definitely other features to be worried about in Kingdom Hearts 3 first, but this would definitely be a good inclusion with a vast array of decorations possible from a full fledged Kingdom Hearts title.

To get your first try at this new system, look for Kingdom Hearts HD 2.8: Final Chapter Prologue later this month when it releases exclusively for PlayStation 4 on January 24.