Kingdom Hearts 3 Will Travel To World Of Big Hero 6, But With A Twist

The latest news in the world of video games at Attack of the Fanboy
August 16th, 2015 by Dean James 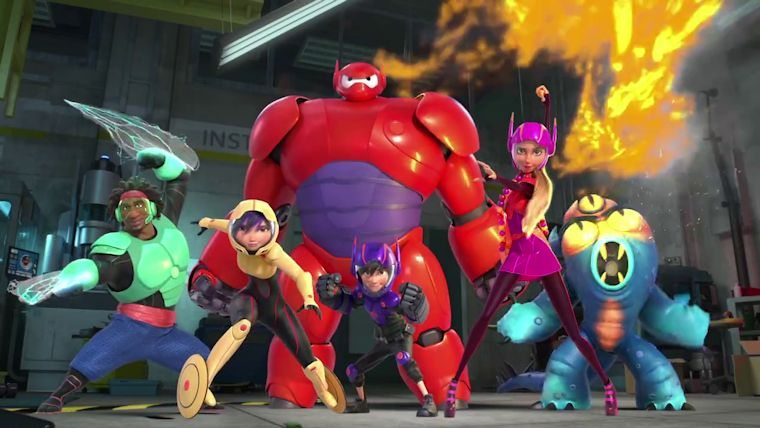 Kingdom Hearts 3 is coming, though we have no idea when exactly that will be. The biggest reveal yet came back at E3 with the unveiling of the Tangled world and now at Disney’s D23 expo, they have announced another brand new world to that game that is one of the most intriguing of all.

As announced at D23, the next world to be coming to Kingdom Hearts 3 is none other than their most recent non-Pixar animated feature, Big Hero 6. The best part is what exactly was revealed about this new inclusion to Kingdom Hearts 3.

Rather than having Sora and friends visit the world of San Fransokyo and experience the events of the movie, this will instead pick up after the movie as a complete follow up to Big Hero 6. As a result, do not read any further if you have no seen Big Hero 6, as major end of movie spoilers are about to be discussed.

At the end of Big Hero 6, Hiro and Baymax go through a portal to save a life that they detect is within and seemingly get stuck. Baymax saves Hiro by using his rocket fist, leaving Baymax behind. Luckily, Hiro finds the healthcare chip for Baymax and rebuilds him.

Kingdom Hearts 3 will pick up after that with the old body of Baymax from the other side of the portal being infected by the Heartless and then wreaking havoc. This is certainly great news and it makes you wonder if other worlds this time around may follow up on previous stories, rather than just recreate them in the game.

The other interesting aspect is that this is technically a Marvel property showing up in the game, which more than likely will be the only one in the game. Many want a full Marvel world, but I really do think this is unlikely with still plenty of other properties to use before that.

Home / Game News / Kingdom Hearts 3 Will Travel To World Of Big Hero 6, But With A Twist