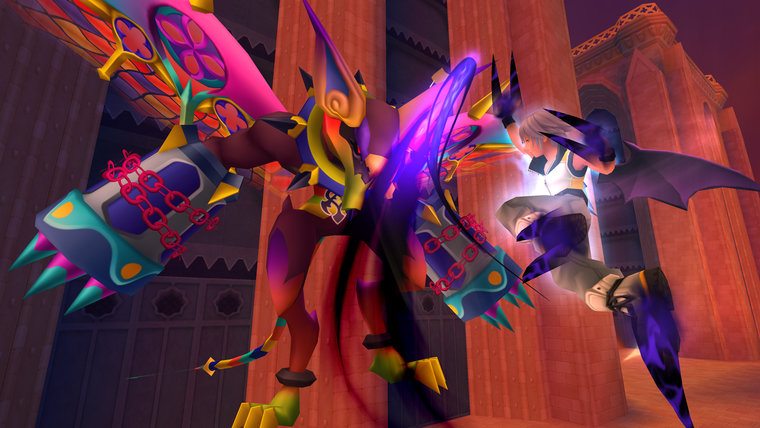 Kingdom Hearts HD 2.8 Final Chapter Prologue was revealed last week at TGS, after rumors of a Kingdom Hearts HD 2.9 prior to the show. The previous ReMIX games were already a big of a mouthful, but nothing is even close to this one, but now we have a somewhat explanation for why it is 2.8.

Coming from Famitsu, courtesy of Kotaku, Kingdom Hearts series producer Tetsuya Nomura spoke directly about the meaning of the titles this time around in Kingdom Hearts HD 2.8.

Nomura explained how the HD remake of Kingdom Hearts Dream Drop Distance is worthy of technically being 2.6, following up on 2.5 ReMIX.

However, there is one other part included with the “movie” version of Kingdom Hearts χ in Kingdom Hearts χ Back Cover takes place way before and has no real connection to Sora, so he decided that this one would just be zero.